Search
Home
oFCG
Zinfandel is a bit of a delayed mystery. In the 20th century, Zin developed an identity as California’s flag-waving grape variety. When scientists got involved in the 1990s and concluded that Zinfandel might not be such a native son after all, but rather, is linked to the known varieties Primitivo and Crljenak Kaštelanski. So what’s the real deal? Are they the same? Related? Just friends? Will the real Zinfandel please stand up? We now know that, genetically at least, it appears that all three of these sisters are the same grape. In my mind, though, they are more like identical triplets raised in separate environments: they may have the same DNA, but differing characteristics make them distinct wines. 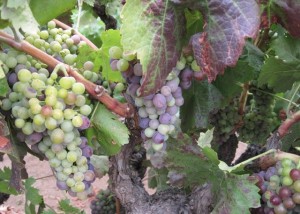 Zinfandel has become quintessentially American and is widely planted in California, but historical records point to the Caucasus region as the area where the grape was first cultivated, around 6000 B.C. Located between Europe, Asia and the Middle East, the Caucasus is home to a hodge-podge of ethnicities, cultures and foods. It seems that Zinfandel plantings ranged through this area and up to the Mediterranean, where the grape took root and became the backbone of the Croatian wine industry as Crljenak Kaštelanski.

Primitivo – a clone introduced from Croatia in the 18th century – thrives in the heel of the boot in Italy. American Zinfandel, which apparently dates back to about 1800, is also attributed to Croatian origins, probably arriving in the U.S. via smuggled vines. Wine-growing miners helped spread plantings during the California Gold Rush in the 1850s and Zinfandel spread like wildfire, taking to the soils of many areas of the state and proving well-suited to its relatively hotter microclimates.

The variety, like many at the time, took a real hit from Prohibition. Zinfandel almost dropped off the U.S. winemaking map until the 1970s, when it was reborn as a pink shadow of its red self. Sutter Home Winery was using Zin to make dry table wine and wanted to call its pink version “Oeil de Perdrix,” invoking a European term for the traditional saignée method of allowing just a kiss of contact with grape skins to give fermenting juice some color. But the government insisted on English for the labels, so Sutter Home used the name White Zinfandel instead. And after customers preferred the sweet style resulting from a “stuck” (incomplete) fermentation in 1975, a the whole new chapter in Zin history was launched.

White Zin’s bandwagon is not so surprising in retrospect, since the majority of table wine consumed in the U.S. at the time was sweet. And while the pink version of Zin remains a clichéed bane of “serious” wine lovers to this day, the late-20th century success of Sutter Home, Beringer and other White-Zinsters no doubt kept Zinfandel vineyards from getting ripped out and replanted with other varieties. So many of the robust red “old vine” bottlings prized by Zin fanatics today owe a debt to the pink plonk born in the 1970s.

Field and lab research by the UC-Davis team led by Carole Meredith in the 1990s led to the eventual confirmation of the genetic link between Primitivo, Zinfandel and their Croatian parent, Crljenak. Regardless of its circuitous history, the modern importance of Zinfandel sits squarely on the way Zin has become uniquely American. Comparisons to its European counterparts are not nearly as interesting as comparisions within California, as the the flavor profiles of Zins from distinct growing regions offer a fascinating look at how terroir affects the same grape in different environments.

Some of the better-known California Zinfandel regions include Dry Creek Valley and Lodi, but have you tasted zinfandels from Paso Robles or Russian River? Zinfandel is a signature grape in Amador County as well as the Sierra Foothills. The most surprising Zin hotspots today are the Contra Costa and Bay Area regions, where innovators such as Rosenblum are using the heat of the inland suburbs to grow bold, interesting wines. Here is a rundown of the regional distinctions that Zinfandel expresses around California.

My personal fondness for Zinfandel started when I had a chance to work with ZAP (Zinfandel Advocates & Producers), whose membership now tops 300 producers, 6,000 advocates and zin lovers, and 50 associate members. The ability to stick with a single grape and taste your way around the state inspires me. 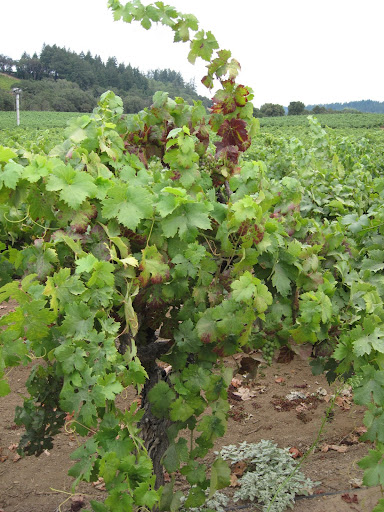 One new Zinnish trend that has cropped up in California in the 21st century is featured in wines labeled “Primitivo.” Some California producers make both Zinfandel and Primitivo. Are they different? The same? Is it a marketing gimmick? Perhaps this calls for a little homework assignment! Here are some of my favorite Zinfandels…and Primitivos:

There is no substitute for popping corks when it comes to learning about Zins. I hope you go out and try some from different regions and let us know what you think!

Thea Dwelle is an editor at PALATE PRESS: The Online Wine Magazine, where she heads up our California desk.  She is also the Wine Brat behind Luscious Lushes, a Wine Blog.

All images property of Thea Dwelle.