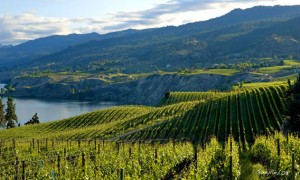 This year saw a late spring and bud break followed by a long and hot summer throughout the Okanagan that led to “one of the best post-veraison ripening periods” wine maker Bradley Cooper from Township 7 Vineyards & Winery has ever experienced. Cooper believes his 2009 Syrah will be one of T7’s best. They lost somewhere between 60 and 70 per cent of their Syrah crop to winter kill and this allowed the remaining berries to ripen unlike any of their previous vintages. 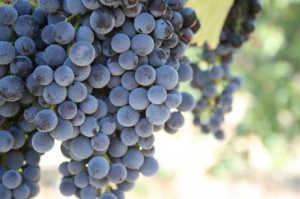 Harvest started in mid-September, earlier than usual according to both Cooper and Rasoul Salehi, executive director at Le Vieux Pin and La Stella wineries, and continued until the sudden cold snap (reported temperatures varied from -6 to -12 degrees C) and frost forced a rush finish. And while the sudden frost stopped the development of some of Salehi’s Southern Rhône-style varieties, others fared well enough. “We like how our Syrah and Cab Franc have done.”

Cooper expects the 2009 vintage to be a strong one in terms of quality, not quantity. “A reduced crop and excellent growing conditions resulted in some impressive fruit.” He adds that wine lovers should “identify their favourite producers and make sure they are on the list for wines that will be in short supply.”