Deerfield Ranch Winery, in an amazing display of generosity, contributed a case of their flagship Meritage blend, DRX from the 2001 vintage, selected from the library. Retail value is $1,200.00. 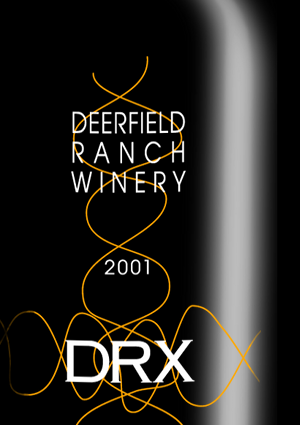 DRX is a barrel select Meritage blended from just the best tasting barrels of Bordeaux varietals from several of Deerfield’s 27 partner vineyards in Sonoma, Napa and Lake Counties, each barrel collecting “X’s” of approval from winemaker Robert Rex as he and his assistants taste through the lots during their first two years of barrel aging in the Deerfield caves. After blending the DRX is returned to the best barrels for a third year of aging before it is bottled. The 2001 being offered has now been bottled aged to its penultimate depth and balance in the cradle where it was conceived. 680 cases were made. Less then 50 remain.

[How it works- Each auction lot will get its own post. As soon as it gets its own post, the auction is live. Once a bit of time has passed, and people really know about Wine for Haiti, lots will go live AND HOT. Every item will got “hot” if bidding reaches retail value.  Once hot, each lot is on a 24-hour cycle, ending at 10:00 p.m. Eastern Time. If a lot goes a full 24 hours, from 10:00 p.m. to 10:00 p.m., without a new bid, the last bid in the comments wins. If we get into a bidding war, with the same people going back and forth, one day at a time, we will post something in the comments of that Auction Lot and schedule a time to bid to the death, at a time mutually agreeable to everybody involved.]