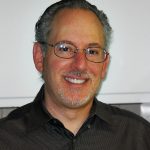 A group of wine lovers—Scorevolution— decide to create a digital “manifesto” decrying the current-day failings of the 100-point wine-rating scale. They encourage wine lovers, both individuals and organizations, to sign on in cyberspace. Sounds like digital democracy in action.

I signed the manifesto to support the concept rather than to endorse the specific text. The manifesto itself is purposely aggrandized, more campy than compelling, and tellingly short. Its brevity implies an awareness that this is not an end-all statement, but rather a conversation starter. Fine by me. I think that any concerted effort to raise awareness of the dysfunction of 100-point ratings in general is a good thing. 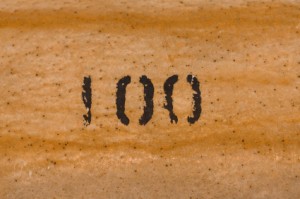 What is there to defend about the 100-point scale, really? Let’s set aside for a moment the fact that the scale itself has no standardization whatsoever. Let’s set aside that the scale is nearly always employed in a context, namely blind tasting without food, that is diametrically opposed to the real-world usage of wine. Let’s back-burner the widely accepted notion that one’s perception of a wine changes when, where and how it is sampled, thereby rendering static ratings hard to apply in real life. And let’s set aside the simple fact that numerical ratings are subjective—that is to say taste preference, not objective judgment of quality—and cannot be replicated with any statistical reliability.

The general problem with the 100-point scale is that it has outlived its utility. Back in the 20th century, it made some sense—as a format to provide consumer guidance in several specific print media outlets. Unfortunately, the scale’s use by consumers to buy wine set in motion a long slide toward its current state in the 21st century, where it has clearly become public fodder, a victim of its own success.

If wine critics were to simply share their rated reviews with subscribers in their particular publications, there would be no problem with the scale. I have nothing against the critics themselves, who earnestly toil to taste dozens of wines weekly. They are not corrupt; but their system has been corrupted.

The 100-pt scale has been shrunk (scores now effectively populate a 10-point range, from 85 to 94 points). It has been inflated (with so many wines and so many ratings getting churned out, nowadays a wine is 90…or it’s not worth anything). It has been diluted (by dozens of Robert Parker and Wine Spectator wannabes). Most important of all, it has been abused (by marketers and retailers, who cherry-pick and strip the ratings away from descriptive text).

To paraphrase a comment from one of my manifesto-signing colleagues, Wine Harlots, point scores today are not so much tools as weapons. Whatever authority the 100-point scale had is now muddled at best. And at worst, the scale has spun out of control. No matter how much the scale’s defenders whine about every rating also having a tasting note, the reality is that numbers themselves have become the point of using 100 points to rate wine.

After a press release and Twitter attention brought more eyeballs to the Scorevolution manifesto, extreme reactions ensued. Steve Heimoff apparently felt so threatened by the grass-roots effort that he went scurrying up his blogger’s pedestal to scream bloody murder: “Defending point scores—again!”

Problem is, he did not so much defend the 100-point scale as he did launch a McCarthyesque assault on the manifesto messengers and the minions who signed on to support it. In short, Heimoff comes across as a bully. If he truly wanted to defend the 100-point scale, the proper target of his wrath should be people who willfully game the system for mercenary purposes and thereby devalue the whole idea of ratings.

In fact, perhaps he should start with his own employer (full disclosure: I edited the magazine from 1988-’98 and left on very positive terms). Wine Enthusiast’s so-called Buying Guide is no more than a marketing vehicle in which 85-and-up scores are used to sell label-ads that masquerade as editorial (in violation of journalistic standards). Meanwhile, next door to the magazine, the company’s wine retail division, which for several years cooked up its own ratings, now cherry-picks WS and RP scores just like other lazy retailers (90+ WE scores, too, if RP/WS ones are not high enough).

The whole point of wine media is to share information about wine. I think an anti-points manifesto is a welcome addition to the conversation. Maybe Scorevolution is just what everyone needs to shake things up and push wine lovers to re-evaluate the very notion of wine reviewing. New formats are taking shape in the Digital Age, including bloggers’ badges and the single daily reviews seen on several online publications.

People will always want guidance. And experts will always aim to deliver it. But the means need not be an antiquated scale that outgrew its utility. It’s time to put the 100-point scale where it belongs: in the noble scrap heap of history.

We are waking up from two decades of being brainwashed into thinking that the ratings doled out by middle-aged men tasting 25 wines at a pop without food makes for a logical system of wine guidance. It’s time to grow up and embrace wine for what it is: a complex, multifarious beverage that can actually be better appreciated when elevated with words rather than reduced to numbers.

My occasional friend Christophe Hedges of Washington’s Hedges Wine Estate grabbed some attention this week from the wine blogosphere by creating an online petition stating that wine should not be rated.

Talk about playing to the base! Telling the wine blogosphere that is like standing before a Tea Party convention, preaching that taxes are too high. And the response is just about as sensible.

Why has Palate Press brought me in to be the bad guy? The Washington Wine Commission flew me to Seattle to play the same role this spring: Because the really important wine critics who use the 100-point scale don’t care about your petition.

Robert Parker thinks you’re all a bunch of jealous juveniles; he won’t address the topic. Wine Spectator will, if called by a journalist, give a long and detailed interview about its rigorous system, in which James Laube gets to give Pinot Noir that tastes like blueberry syrup 94 points. I’ve made that call; executive editor Thomas Matthews has answered my questions. But the Spectator won’t send anybody to have the discussion in person at a seminar because it’s not about to change.

Wine Enthusiast’s Steve Heimoff will occasionally rouse himself to defend the 100-point system. I have never seen Josh Greene of Wine & Spirits, perhaps the most thoughtful of the second-tier 100-point users, address the issue. Maybe he’s embarrassed.

Or maybe he’s just realistic. If Wine & Spirits quit using the 100-point scale tomorrow, readership wouldn’t go up: the opposite would happen. A huge audience for these magazines is the wineries they rate. If a winery gets a 93 from any of them, the owner wants five copies, the winemaker wants three, and if you visit the tasting room, the article is framed. You don’t see that reverence for articles without ratings.

It was tempting for me to sign the petition, just as a lark. Headline: W. Blake Gray, one of several critics who used the 100-point scale at Wine Review Online as well as on his own blog, has joined Hedges’ Score Revolution!

If I thought I’d get headlines, I’d do it. Media is a business like any other, and I gotta do what’s best for me just as Robert Parker and Marvin Shanken do.

But all I would get would be a few nice emails from petition signers I know personally like Deborah Parker Wong, Raj Parr, Randall Grahm and two previous Palate Press managing editors, Meg Houston Maker and W.R. Tish. It might be worth it if Kermit Lynch, a petition signer, had me back over to pull some old wines from his cellar. Man, that was a good time.

But when I got home, here’s my reality: I wouldn’t be writing for Wine Review Online anymore. When I write for publications like the Los Angeles Times or Palate Press or Food & Wine, I don’t use ratings anyway, so it’s not like I’d get more assignments. I’d be shooting myself in the foot. And that’s just lil’ me.

Why would Parker or Shanken or Heimoff or Greene sign your petition? Be serious folks: You’re asking these people to give up the power they have. Who’s going to do that?

I’ve been in media long enough to remember when newspapers in particular were embarrassed by the idea that they were businesses. Not anymore. Wine media is an extremely competitive, and tiny, playing field. Every time the Wine Advocate gives somebody 95 points, that score serves as a free ad for the publication in wine stores all over the world. I was invited to a millionaires’ private club in Luxembourg earlier this year that had Robert Parker’s point scores listed for its wines.

Palate Press is like many of the bloggers who hate scores: this publication runs many wonderful wine reviews, with useful and precise tasting notes. But millionaires in Luxembourg, or Dallas, couldn’t care less. Nobody sells $150 Cabernets based on tasting notes. You simply cannot find adjectives tantalizing enough to outweigh a “96.”

And that’s another thing this petition, signed by just 341 individuals and 72 organizations as of Saturday, completely ignores. Yippee, you got 341 signatures! In the time it took me to type this far, about 3400 bottles of wine were sold at Costco and Beverages & More to consumers who haven’t heard your complaints, don’t care about them, and just want to know which bottle of Pinot Grigio is best.

You’re selfish, you know: You want to make things harder for them. They don’t want to read reviews. They want a short, easily understood recommendation. You’re telling them, “You can’t buy wine until you study terroir.” Wow, that’s fun.

I’ve been writing about food more than wine this summer, and it’s fascinating watching the way non-wine-geeky food experts relate to wine. They have good palates, and they generally agree with most of the issues that drive us wine bloggers: they want lower alcohol, they like minerality, they like acidity. But even people who eat for a living can’t generally tell you what grape goes into Chinon, much less keep track of which producers or vineyards are best. And y’all are essentially saying every schoolteacher and accountant and electrician in America who wants wine with their supper should know that stuff. Good luck with that!

So go ahead and have your petition fun, and keep on grumbling about the scores. You know, I’m rooting for you. Use some sort of blackmail and get Parker and Spectator and Wine Enthusiast and Wine & Spirits to stop rating wines on the 100-point scale. I will crack open a bottle of Schramsberg Blanc de Noirs if you succeed.

Then I’ll give it 92 points, and I’ll instantly be the world’s most important wine critic.