I defy you to check out the wine list at the white-hot LA restaurant Sotto and not salivate.  (That is, unless you’re Steve Cuozzo, the easily and proudly stultified critic for the New York Post. Steve would find this horribly snobbish and over his head. Fortunately, you’re not Steve.  This is a wine list put together with a beautiful mission: to pair seamlessly with the cuisine, to offer new explorations for diners, to inspire new understanding of Italian wine. 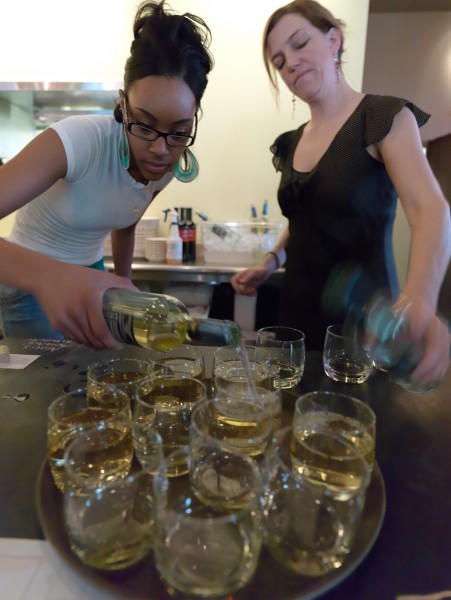 (Full disclosure: Sotto’s Wine Director, Jeremy Parzen, is a good friend. But only because I first respected his wine knowledge and blogging.)

Now, imagine dining at Sotto with a group of friends. You peruse the wine list—and then you notice your friend smirking as he pulls a bottle out of a brown paper bag. He didn’t warn you that he was going to bring his own and pay the corkage fee. That might be annoying enough, but then you notice that the bottle is Two Buck Chuck.

This has actually happened. Now try to imagine how people like Parzen feel; these are people who have spent many hours carefully building a wine list that is special. And a customer brings TBC.

“Someone did do that, and we opened it,” Parzen explains. “And every week, we get people who stop at the Ralph’s Supermarket across the street and buy Kendall Jackson and similar bottles. We always politely open it, requesting only that they observe the 1.5 liter maximum.”

Parzen, who is not afraid to bare his soul when talking about Italian wine and restaurant etiquette, adds, “One of the things that people don’t understand is how hurtful it is to the restaurant or wine director. It’s like saying, ‘I don’t find that you have anything suitable to drink—with your chef’s menu—and so I just had to bring my own.'”

This is the reason that some high-end restaurants have abandoned corkage entirely. Daniel Boulud’s establishments do not allow guests to bring their own bottles. Michael Madrigale, the outstanding Head Sommelier for Bar Boulud and Boulud Sud in New York City, says, “I have seen an explosion of people coming in with their own bottles over the last three months. I have no idea why.” Several other restaurant general managers confirm the same trend to me, some pointing to the stagnant economy. This leaves some customers in an awkward spot; corkage policies vary from restaurant to restaurant. What should we expect?

Let’s start with this: If you’re the type to bring Two Buck Chuck to a fine dining establishment, this is not aimed at you. In fact, stop reading now, and think about how insulting your behavior is. Maybe sit in the corner for a while. Wear the tallest cap you can find and scribble the word “dunce” on it.

Some of the hostility that restaurants show toward customers regarding corkage is justified. It only takes so many customers bringing Charles Krug to push a sommelier into a state of constant corkage suspicion. So we should acknowledge that some of the recent corkage guidelines for diners are appropriate and ought to be bookmarked. In particular, Parzen’s list on his blog Do Bianchi is essential.

But with that out of the way, it’s fair to ask: What should diners expect of restaurants regarding corkage? We’ve seen the guidelines for customers; what about guidelines for the establishments serving us? 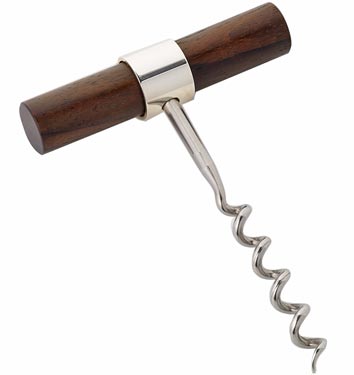 Guidelines for Corkage Etiquette on the Restaurant Side

Don’t make your customers feel guilty for bringing a bottle.

This is aimed at you, Mario Batali. In April a customer of Batali’s asked him on Twitter, “What’s up with the $50 corkage fee? Outrageous!”

Batali, tone deaf and dumb as ever, replied, “We sell wine. Would you bring a steak??”

I contacted Batali’s PR team to request an interview on the subject. I never received a response.

An excellent discussion ensued on the Wine Berserkers wine talk board;  the best point came from Keith Levenberg, who wrote of Batali, “An old, silly argument. That might be valid as a justification for not allowing corkage altogether. But in this case he allows it—for $50. Presumably there is no similar steak age fee. So he recognizes that there is a material difference between a bottle of wine and a steak.”

And then there’s the matter of allowing corkage—but making your customers feel like jerks for bringing their own bottles. That is, essentially, Batali’s approach. To which Levenberg replies, “A high fee is fine—you can choose to pay it or not. What’s not fine is when the fee is high because the restaurant doesn’t like corkage and will express that dislike to you in some obnoxious or passive-aggressive way. It would be better not to allow corkage at all.”

Batali’s arrogant comeback also provoked some of his potential clientele to pore over his wine lists. They discovered that the markups tend to be rather outrageous. To wit, a bottle of 1999 Flaccianello, which can be had for $100 through Wine Searcher, goes for nearly $300 at Batali’s B&B Ristorante. A bottle of 2005 Traviglini Gattinara could be found for $24 online, but Batali’s restaurant has it for exactly five times that price. Which brings us to our next guideline.

Don’t be surprised to see more customers bring bottles if your markups are excessive.

If you lazily use the big distributors to create a “fine wine” list, expect more customers to bring their own.

Just as Parzen is absolutely right to feel offended when customers bring mass-produced wine to Sotto, I have a right to feel offended when restaurants want me to drop $68 on Charles Krug as if it’s special or hard to get. And don’t get me started on the prices I’ve seen for Kim Crawford Sauvignon Blanc or Robert Mondavi “Private Reserve” Cabernet. If this is your idea of a nice by-the-bottle list, I’m going to send a message by never ordering off of it. I hope that message gets through. 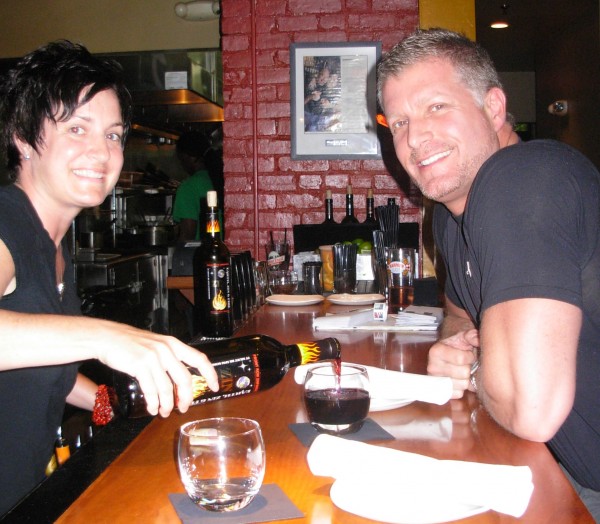 These days it’s unacceptable to decline to include your wine list on your website. (The exception is Bern’s in Tampa, which is an entirely different animal, and is exempt from these criticisms.) Keep it current; I recently ordered a 2001 Col D’Orcia Brunello after seeing the wine on the restaurant’s website. The server brought me a 2002, then seemed furious when I sent it back. Yes, this is a problem of staff education, but also of website maintenance.

We’ll be much less tempted to bring our own bottles if we can get excited about the wines you offer before we arrive.

If your website doesn’t include your corkage policy, educate your staff. Especially those who answer the phones.

Perfect. Now we know the ground rules. That wasn’t so hard, was it?

But if you don’t want to do that, then please, make sure your staff knows what’s going on. I’m always baffled when I call a restaurant seeking corkage information and the person answering the phone isn’t even aware of what corkage is.

In the end, it’s all about respect. As customers, we’ll respect the work you do in putting thoughtful lists together; we won’t bring Two Buck Chuck and its ilk. And we hope you’ll respect us by treating our special bottles as special, perhaps even enjoying a taste with us instead of treating every corkage pour as if it’s—perish the thought—Two Buck Chuck.