If you have whiskey in your blood, that’s not a good thing if you are driving.   But whiskey as a genetic force – well, that’s another matter.

Charlie and Andy Nelson have rediscovered their whiskey-soaked roots, and are reviving the long-dormant family business near Nashville in their home state of Tennessee – a state long dominated by Jack Daniels. 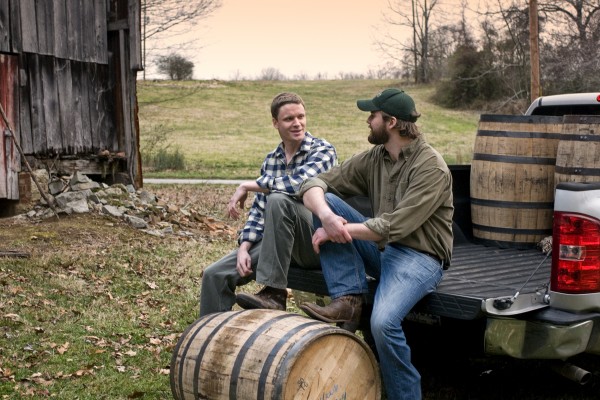 But there was a time, Charlie Nelson says, when the name Charles Nelson rivaled that of Jack Daniels. Over several glasses of his family product in Washington D.C.’s Passenger Bar, he says, the Nelson distillery’s Tennessee whiskey was trademarked in 1860 – six years before Jack Daniels’ date of 1866.  (Of course, there was that little matter of the Civil War between those two dates.)

In 1850 the patriarch of the Nelson clan decided to sell of his soap and candle factory in Germany and move to America.  He converted the sale proceeds into gold, which was sewn into special pockets in his clothes.   It proved to be a fatal mistake.  The New York-bound ship ran into intense storms.

“He fell overboard during the storm and with all that gold went straight to the bottom of the Atlantic,” Charlie Nelson says.  “So his son, my great-great-great grandfather, arrived in New York at age 15 with nothing but the clothes on his back.”

Charles Nelson moved to Cincinnati, where he worked as a butcher, and after a while moved to Nashville, where he opened a grocery store selling coffee, meat, and whiskey. According to local lore, Charlie says, the coffee was so good that it became the house blend at the Maxwell House Hotel in Nashville and was later marketed under the Maxwell House name.

“The whiskey was his big seller, so he decided to stay with that,” says the great-great-great grandson. Charles Nelson opened the Green Brier distillery.

Lots of small distilleries were in business in Tennessee in the late 1800s, but the big three were Cascade (now George Dickel), Jack Daniels, and Charles Nelson’s Green Brier.   Nelson’s output eclipsed Jack Daniels, and old posters illustrate the whiskey exported even to Paris.

“Ours was one of the first distilleries to actually bottle the whiskey rather than sell it by cask or jug,” says Charlie Nelson. 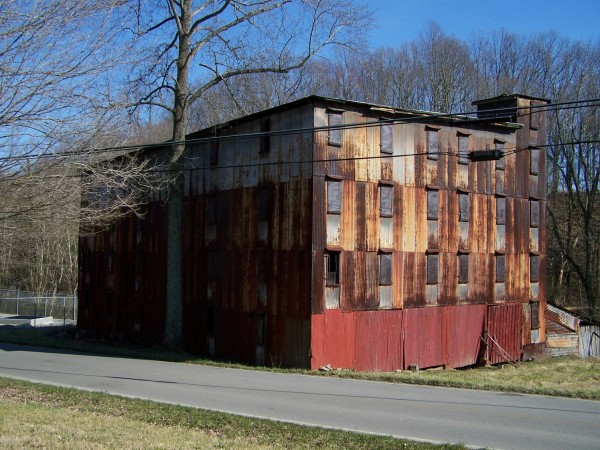 But in 1909 state prohibition was passed in Tennessee, forcing the Green Brier to shut down. The distillery sat decaying, a relic of another time.

In 2006 Charlie and Andy Nelson went with their father to an old-time butcher to pick up their share of a carcass of cow.  The butcher was on the land where the distillery lay.   The brothers found the old barrel house still standing, the fresh spring still producing clean water, and the local historical society in possession of two original bottles of Nelson’s Green Brier Tennessee Whiskey.

“My brother and I looked at each other and said, ‘Man, this is what we were meant to do’,” Charlie Nelson says.

After much planning – and sweating to get the financing – the brothers reopened the distillery exactly 100 years after state prohibition had shut it down.

The brothers have the recipe for the original whiskey, which they hope to produce soon.  In the meantime, they are making a small batch bourbon, named “Belle Meade” after the famous farm that produced so many thoroughbred racehorses, including many Kentucky Derby winners.  Production is only a few thousand cases a year, and distribution is still limited. 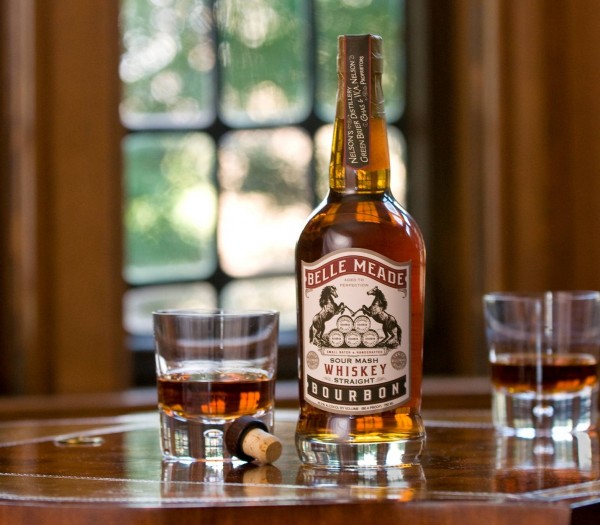 Their bourbon is paler than you might see in many bourbons – almost like the color of a very light single-malt Scotch.  They use more rye than other producers – about 30% as opposed to the 10% used by many others.  The end result is a very smooth, almost fruity kind of bourbon, which hints of maple and minty herbs.   It also lacks the medicinal taste that puts some imbibers off drinking bourbon.   It is indeed a true sipping whiskey.  It also makes a really lovely Manhattan.

But when Nelson’s whiskey it gets in your blood, please don’t drive…

[author] [author_image timthumb=’on’]http://palatepress.com/wp-content/uploads/2010/06/gary-studio.jpg[/author_image] [author_info]Gary Thomas is also a longtime professional journalist, and former senior correspondent at the Voice of America. He was the wine columnist for the Austin American-Statesman in Austin, TX, and has freelanced wine articles for other publications, including the Wine Spectator. He has spent much of his long journalistic career working overseas, managing to cadge needed wine in the hardiest of circumstances and unlikliest of locales, even in places like Pakistan and Iran.[/author_info] [/author]