More often than not, food and wine pairing seems to me no more than hypnotism without the swinging watch. Some Authoritative Personality tells us that Sauvignon Blanc goes well with pesto because both are herbaceous. So I pull out a crisp Kiwi Sauvignon Blanc, sauce some pasta, and decide that the two taste good together. Why? Because there’s something magical about matching herby with herby? Or because the Authoritative Personality told me that it was going to work? Then there’s the idea that food and wine pairing is “Science.” All we have to do is enter the component parts of our food and our situation into a calculator and (queue the number-crunching sounds) there’s a perfect wine to match. 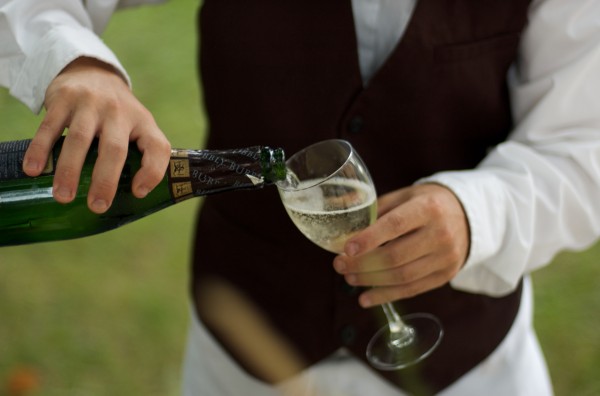 There’s a theory about writing that says that good writers writing well are simply responding appropriately to their rhetorical situation: their audience, their topic, the medium they’re using, and the role they need to play (expert, narrator, colleague, etc.). If we want to make food and wine pairing into a science, we can look at it the same way. The food and the occasion present the rhetorical situation. What’s being served? Is it hot or cold? Sauced or not (and with what)? The second of six courses or a stand-alone entrée? A skilled matchmaker knows that the situation is about more than just the food. She’ll also ask what season it is and what the weather’s like, whether the meal is being served on a Sonoma patio or the seventh floor of a Toronto high-rise, whether this is your anniversary or a Tuesday dinner on the couch after working late. She’ll need to know who you are, too: what your mood is, something about your characteristic likes and dislikes, and the budget you have in mind. But given all of this information, like the writer, the somm — or the chef, or you as you’re standing in your kitchen wavering with corkscrew in hand — will be able to make the right decision. The situation has provided all of the information you need, if you’ve been attentive. There are right wines and wrong wines. Your skill will determine how well you choose and, if you make a bad choice, you’ve only yourself to blame. Food and wine pairing is a science.

But there’s an alternative theory about writing that says the exact opposite. The writer creates the rhetorical situation; it can’t exist on its own because it’s built through perception. The writer decides how to see her audience, what the topic is, how she wants to position herself, and sometimes even what medium she wants to use. Maybe food and wine pairing is just about whatever we want it to be, too. We create the situation because we can envision it as whatever we want it to be. A swanky Valentine’s dinner can be an excuse to playfully recall an inexpensive bottle with emotional significance; Tuesday leftovers can become an event by opening something special. I can even create the flavors I want to see, or that I need to see to make the pairing work.

Wine is complicated. We can never notice everything going on in a given glass — to try would be overwhelming — so we have to make decisions about what deserves our attention if we’re going to make any sense of it. We apply filters based on our past experiences and our expectations. When we decide what the wine is, our interpretation says as much about us as it does about what we’re drinking. If I have a nice, crisp Finger Lakes dry Riesling, I can choose to work with its acidity or to draw out the hint of creaminess on its finish. I can emphasize its citrus or its pear notes, its minerality or its surprising mid-palate weight, or maybe I want to let its finish shine. I create a problem and then solve it. Is the problem finding a wine that will cut through the unctuousness of duck confit, or finding a wine with enough body to stand up to the density and heft of the confit served with roast parsnips and mushrooms? I’m never really constrained by the situation because I can make the situation what I want it to be.

Exercising a very little bit of imagination will demonstrate that this is poppycock. Certainly, a dish will have different elements that can be played up or down, but a sommelier can’t turn an elk steak into poached trout no matter how creatively she thinks about it (unless she gets the diner to re-order, of course.)

Thankfully, there’s an alternative approach. Writing is really more complex than either the science or the subjective model says it is. The point at which food and wine pairing becomes really interesting is when we have enough space — enough freedom — to put ourselves into the situation, but still have guidelines sufficient to make sense of it all. The guidelines are key; without them, we’re so confused by all the possible ways of seeing a situation that we end up seeing nothing at all.

Aristotle would tell us to use topoi. Topos literally means “place” or “location,” but Aristotle used the term to describe an approach to a situation that allows you to make sense of it and come up with an argument. And so, we can have topoi for food and wine pairing. Mouthfeel is a topoi. Balance is a topoi. Acidity is a topoi. Even François Chartier’s über-trendy molecular method, which relies on creating pairings in which the wine and ingredients in the food have characteristic flavor molecules in common, is a topoi. We don’t necessarily have to pay attention to any of these things to create a successful pairing, but they’re helpful tools to make success more likely. The more topoi you have at your disposal as a wine-taster and as an eater of food — I’d like to think that you needn’t be a professed foodie to do this sort of thing — the more handles you’re going to have on approaching a particular pairing problem. 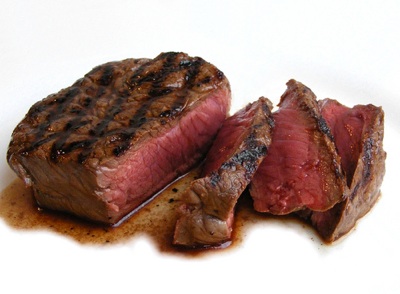 The question still remains of whether there are flavors in a wine — and in a food-wine pairing — or whether we create them when we taste. Science helps, but not much. We can say that a wine contains specific flavor molecules and, for the best defined of those molecules, we can say how they’ll taste; methoxypyrazines will pretty reliably make a Syrah taste like bell pepper, for example. And yet most flavorful molecules can elicit a range of flavors depending on their context. Even more importantly, we all know that individuals arrive at different conclusions about how a wine tastes. To some extent, we create the flavors we perceive because of who we are, what we’ve tasted before — you’re unlikely to find black currant in a wine if you’ve never had any (unless you’ve tasted a lot with wine dorks who use the term) — and the vagaries of our individual palates. We may consider some of those conclusions more valid than others because they are validated by the tasting conclusions of other people whose opinions and expertise we accept, but there’s no denying the possibility of multiple different, “correct” conclusions.

I recently introduced a heretofore-teetotaler friend to his very first glass of wine. The wine I chose for his inauguration wasn’t anything wildly special — the occasion was impromptu and I just pulled something out of my stash — but I wanted it to be complex enough to give him an idea of why I find the stuff so fascinating. I suppose that I wanted it to be meaningful to me, too, so I uncorked a bottle of a Bordeaux-style Washington red blend, made by a few winemaker friends and that I had helped bottle. To me, the nose was plummy, the mouthfeel dense but livened up by pleasantly dancing acidity, and the finish a bit tight and herbal and tannic. His first comment, after having sniffed and sipped, was “I don’t understand why anyone would want to drink something that tastes like tires!” Thankfully, a few more sniffs led him to different conclusions and he finished the glass with more intrigue than disgust. I’d like to think that his perception became more nuanced because he knew that wine could contain more than that, that there was the potential to find all sorts of flavors if he exercised enough creativity to find them. I gave him the topoi of fruit and tannin and acidity and, being a smart and thoughtful guy, applied those tools to solving the what-does-this-taste-like problem. I told him, too, that the wine went well with the mushroom-covered venison steaks we were eating because the herbaceous notes of the venison harmonized with the herbaceous woodiness of the rosemary-garnished mushrooms and the weight of the wine matched the weight of the meat.

He agreed. Of course he agreed. I could claim it was Science. And, after all, I was the Authoritative Personality.