Robert Parker, Gary Vaynerchuk, and Nicolas Joly walk into a bar. The bartender looks up and says, “What is this, some kind of joke?”

Wine journalists Mike Dunne and Andrew Jefford love a good joke. But they’re not finding much to laugh about these days. Both men recently grumbled publicly about the seriously un-funny state of their profession. To them, wine writers are too earnest, too reverent, too, well — sober.

Dunne, after judging applications to this year’s Symposium of Professional Wine Writers, noted archly, “Humor is lacking in wine writing as exercised by fellowship candidates. They are a serious bunch, sternly focused on their mission.”

Jefford, meanwhile, delivered his philippic in an address to the EWBC Digital Wine Communications Conference. What’s lacking, he opined, is “humorous or witty or caustic writing about wine” and “writing powered by gonzo irreverence,” adding, “Wine drinkers take it for granted that wine is inseparable from hilarity.”

It’s not strictly true, of course, that the wine literati are utterly lacking in smart-alecks. We have snarky dispatches from the Hosemaster of Wine, plus an occasional Twitter pun war between Howard Goldberg and Randall Grahm. So Dunne and Jefford mustn’t have meant them. They must have meant writers who are actually funny.

To consumers, wine might truly be a funny business. But to producers, it’s more like a funny farm. The industry is bedeviled by brutal competition, a hegemonic distribution network, a patchwork of arcane laws, the vagaries of vintage, the fickle tastes of tastemakers — plus blight, bugs, Brett, and blunt fatigue.

On the other hand, despair makes great material. Mark Twain once observed that “The secret source of humor itself is not joy but sorrow. There is no humor in heaven.”

There’s no guarantee of profit in this difficult métier, either. Good fruit is incredibly expensive, not to mention costs for labor, equipment, transport, and storage. The need to age wines before release produces long delays between booked expenses and booked revenue. As an old vigneron once said, “Give a man a bottle and he’ll drink for a day. Teach a man to bottle and he’ll stay broke for a lifetime.”

The three-tier system adds extra drag. It’s nominally designed to protect innocent consumers from fiendish producers, but functionally, it just bleeds producers dry. I fear soon the middlemen will devise a way to remove all their remaining costs from the system. They’ll eliminate the winemaker.

The industry is especially difficult for those trying to work in a hands-off, non-interventionist style. These winemakers rely on native yeasts, use little or no sulfur, and forgo modulations of a wine’s sweetness, acidity, or texture. It’s a risky approach in an industry in which the bulk of consumers value fruit-forward sameness.

But these so-called natural winemakers are a headstrong bunch. I was in a bar in Sonoma during harvest when two of them came in for a much-needed pint. They were tired and stained after a long day at the sorting table, and soon started complaining loudly about a stuck fermentation.

After ten minutes, a harvest intern at the next table, fed up with their bawling, looked up from her beer and shouted at them. “Oy! Couldn’t you just inoculate the must?”

They both looked up at her, stricken. “What — and ruin all the fun?” 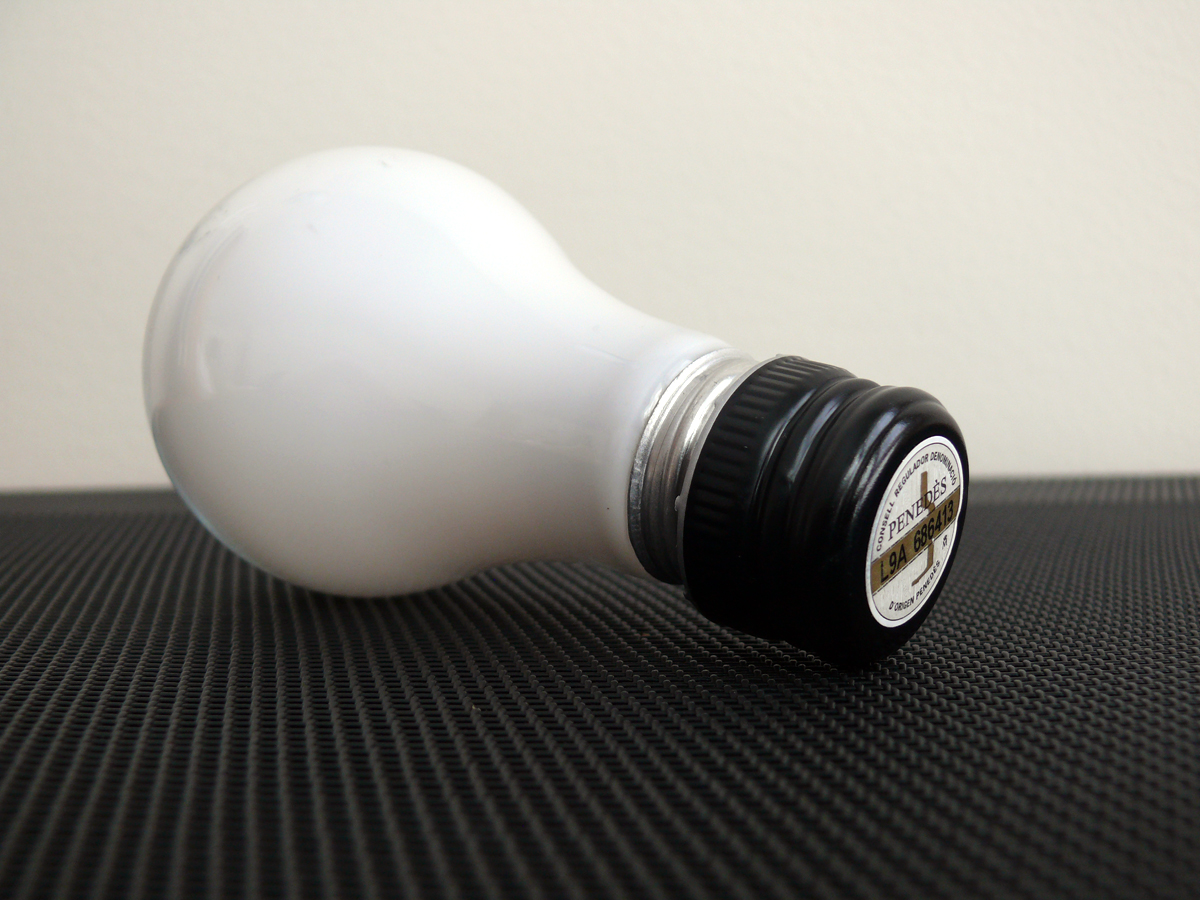 New technology is challenging these old-style winemakers to adapt. Take the debate about screwcaps. They hold promise against the scourge of cork taint, and can be cost effective. But there’s little consensus about how the closures perform over time, and consumers still regard them as down-market. The industry is so divided that it would take ten winemakers to change a light bulb. One to screw in the bulb, and nine to argue that he should have used a cork.

Consumer taste is fickle, too, and fashion dictates the marketplace. No sooner does a customer fall for Riesling than she switches her allegiance to Vin Jaune and Blaufränkisch. Remember the fate of California Syrah? I heard about one producer who won the lottery. A journalist asked him what he planned to do with his winnings. “Oh,” he replied, “I reckon I’ll just keep making wine until the money runs out.”

Even winemakers who keep up with the trends are often thwarted by regulatory and distribution hurdles. A winemaker in Utah recently tried to make an orange wine, but the authorities arrested him for extended skin contact.

Like the wine industry itself, wine writing, too, is in flux, with a new generation of writers bypassing traditional publishing channels. Nowadays, anyone with a corkscrew and Internet connection can call herself a critic.

But like it or not, reviews by mainstream critics still make or break a winery. The old guard may be fading, but its influence persists. I know a man whose wife got a concussion and now thinks she’s Robert Parker. “I’d send her to treatment,” he told me, “but we can really use the samples.”

Yes, winemaking is a difficult business, and I’m as guilty as the next writer of taking my subject too seriously. Maybe I should follow the advice of Jeffords and Dunne, and lighten up my next story. I’m planning an exposé on a couple of California winemakers who are experimenting with concrete. I hear the wine is cheap, but the shipping will kill you.