Once part of the Venetian Republic that dominated part of Italy for a thousand years, today this region near Venice is best known for its masterpiece in the art of wine making: Prosecco.

Prosecco is now consumed worldwide at parties, celebrations, friends’ reunions, meetings, — summer and winter alike. This May was the occasion of an annual event held by the Prosecco Assocation (Conegliano Valdobbiadene Prosecco Superiore) to promote the best and most traditional DOCG prosecco sparkling wines, and afterward I visited three prosecco producers with different histories, experiences and production volumes. Yet, they have one common goal: to preserve their own links to the region by continuing the traditions of their fathers and grandfathers.

To understand the wine, it helps to get a feel for the region’s vineyards. The area is characterized by low hills with steep slopes.  In its long winding valleys, chilly winds from the mountains to the North meet the warmer Southern winds blowing all the way from the Adriatic Sea, across the flatlands north of Venice and her lagoon. This is the area between the small cities of Conegliano and Valdobbiadene, about an hour’s drive from Venice.

Its roots might go back into history to well before Roman times, but the wine-focused culture of the area began crafting its own unique identity toward the end of 1700s. Specifically in 1769, when an Accademia was founded here with the goal of protecting and developing the Prosecco wine-making industry. Later, in 1876, the very first enological school in Italy was established in Conegliano; this was the beginning of the fame of the white sparkling wine called Prosecco. 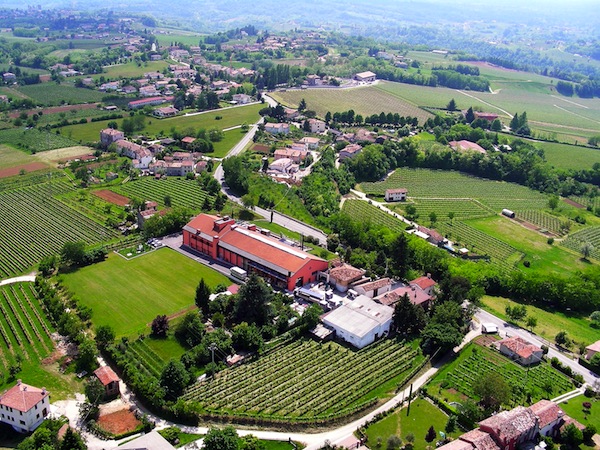 It was also the time the Ceschin family of Il Colle winery began growing and bottling their Prosecco. Thirteen decades later, it is Fabio who leads the family business, while his three sons, all in their early 20s, are learning the art for the future. “We are in the very heart of the Conegliano-Valdobbiadene area,” says Fabio Ceschin, proudly pointing at the vast array of vineyards on the surrounding hills. Today, Il Colle is an embodiment of the intersection of technology and tradition. At their new winery in the town of San Pietro di Feletto, they use gravity to transfer grapes and wine. No pumping at all. Tanks and barrels are located several meters underground, to leverage the natural cooling of the surrounding rocks. “Francesco, my oldest son, is also introducing an organic wine, whose first bottles will go to the market very soon,” adds Fabio.

Fifteen hundred tons: that’s the quantity of grapes the Ceschins work with every year. Most is their own, but they also receive grapes from some 50 smaller growers. All the vinyeardsare within 20 kilometers of San Pietro di Feletto, to ensure they are well inside the proscribed Conegliano-Valdobbiadene delimited area. Buying grapes also helps keep smaller producers viable, an important factor during these difficult years. 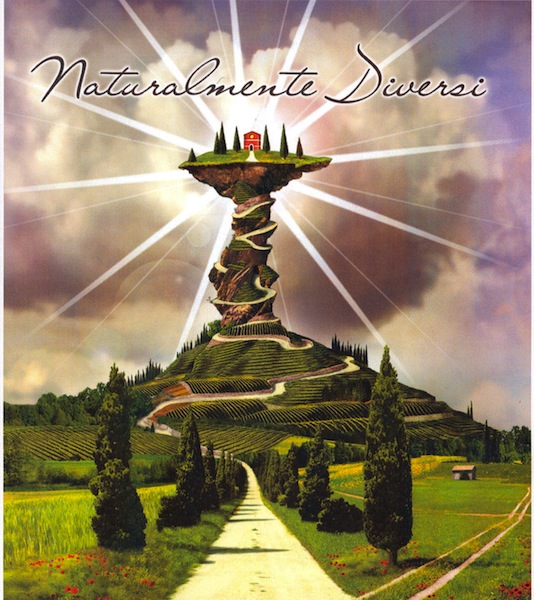 Only a few minutes’ drive from Il Colle is Vigne Matte, a much newer winery. Which does not mean they are unfamiliar with Prosecco’s traditions and history. Giovanni Rui, founder and owner of the vineyards, inherited his passion for making wine from his grandfather. The significant challenges of  the post-World War II era convinced Giovanni’s father to opt for a more secure work environment, away from the uncertainty and the exhaustion of these steep vineyards where all work had to be (and still is) done by hand.

Decades later, as the 20th century was giving way to the 21st , Giovanni felt his homeland calling. He bought this estate in the Rolle:  the “little mansion on the hill” as it is called in old documents, referring to an ancient monastery where monks also grew grapes and made wine. To his immense surprise, he discovered, in a small part of his estate a unique type of glera (prosecco’s grape) grown on only 2.5 hectares, or about 6 acres. In that plot, hidden in a narrow valley and out of sight of the farmhouse, vine branches were growing on huge rocks, called Ru.  Their roots feed heavily on the minerals in their rocky nest, while the heat trapped by the rocks during the day is slowly released at night.  Enologists claim that is what gives wine made from those grapes its own flavor and taste, different from any other Prosecco. 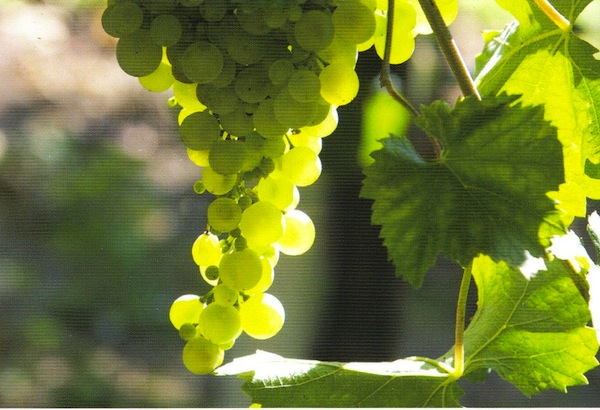 “Odd and foolish as it was,” says Giovanni, “I thought it would be a great name for my adventure into the Prosecco world.” That is the origin of the name of his winery, Vigne Matte: “Foolish Vineyards.”

Giovanni has also sited his tanks underground. The building is actually a sort of buoy floating within the hill, with a narrow air corridor running almost all the way around it.  The empty space between the building and the hill acts as a natural cooling system, keeping temperature and humidity at desirable levels. He also plans to create a small museum with tools and apparatus illustrating the history of Prosecco in the area, and the arduous toil of the local people during past centuries.

With the Marsura family we return to the region’s history. The Marsuras — or “Marsurets” as they are known locally (Marsuret is the name of their winery) have slowly evolved from farmers to wine makers; they began growing grapes and making wine here in 1936. They have a 360° knowledge of working the land; they know each and every secret of the Conegliano-Valdobbiadene soil, its climate, water and wind flows, sun exposure. Though they do use modern technology in the winery, their focus is on the vineyards where they still rely more on their own feelings and instincts, on their deep expertise with natural cycles and currents. 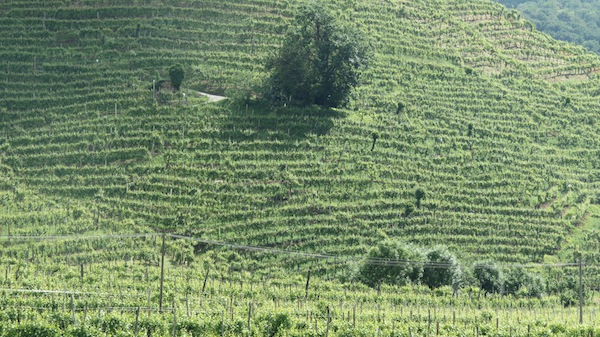 Experience and an innate sense of the territory is what allows their estate to span a large area, from the mid-Prosecco area to its westernmost tip. “We have small plots distributed along some 20 kilometers, in order to take advantage of different soil, sun, wind, and climate conditions to produce different wines,” says Hermes, today’s head of the Marsura family.

But their state-of-the-art wine comes only from the famed Cartizze area.  They have a small vineyard there, on the south-facing slope of one particular hill with a natural amphitheatre shape, near Valdobbiadene. This is where Prosecco reaches its highest quality, and the wine from grapes grown here is also called Cartizze.  This is the pride of the Masuret prosecco wines: from farmers to elite winemakers.

Three makers. Three stories. Three ways to make wine. One goal: make sure the traditions and the cultures which are the backbone of Prosecco making, and of its success on the global market, survive and are protected, and will continue in the future.

[author] [author_image timthumb=’on’]http://palatepress.com/wp-content/uploads/2013/07/francoalianteapri2005.jpg[/author_image] [author_info]Franco Cavalleri is a freelance journalist and photographer. Based in the beautiful Lake Como area, he writes for several newspapers and magazines, both traditional and online, in Italy and Switzerland.[/author_info] [/author]