[box] (and why electronic tongues are cool, but insufficient)[/box]

Proteins in saliva bind tannins. Tannins are molecules responsible for astringency (and some bitterness) in red wine. When tannins bind with salivary proteins, which ordinarily keep your mouth feeling nice and slippery, your saliva becomes less viscous – dry-feeling – while the accumulation of rough-edged tannin-protein agglomerates exacerbates the problem. The more salivary proteins in your mouth, then, the more buffering capacity you have against the drying-roughening effects of wine tannins.

All of which explains why I found myself perched on a bar stool in a sensory evaluation cubby – something a bit like an old-fashioned public phone, but with a little pass-through window where the phone should be – spitting vigorously into a test tube on a Wednesday afternoon. I was participating in a sensory panel to evaluate whether providing grapevines with less water affected the astringency of the wine they produce. The study operators wanted to know, among other things, whether our reactions to the dry-rough effects of wine tannins correlated with our production of salivary proteins. Measuring salivary proteins meant measuring saliva production. Ergo, a minute of spit-as-much-as-you-can-into-a-test-tube. 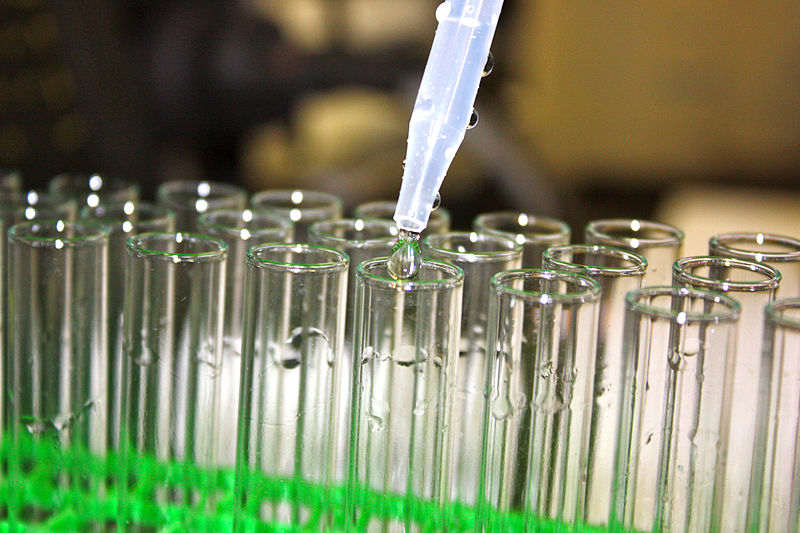 Sensory panels get laughed at sometimes – “Really, tasting things is work for you?” – but being on a trained sensory panel is a lot more like training for a team sport than like play time. You’re not just telling someone whether you like what you taste; that’s called hedonic assessment and is generally conducted with a folks-off-the-street consumer panel. It’s also different than being on a judging panel, where your job is to a) identify whether a wine has any faults, b) compare a wine with others in its category, and possibly c) say something about it’s overall quality (though whether that’s what wine judges actually do is a valid question, at least in W. Blake Gray‘s well-tuned mind). Hedonic assessments are extraordinarily useful to help determine the “consumer acceptability” of practically any new food or beverage product, and sensory scientists use them often.

But hedonic assessments are limited. They can say how well women between the ages of 21 and 35 like an unoaked Chardonnay, or how well teenagers like a new granola bar, or how well elderly men like a fortified orange juice, but they can’t assess how astringent the wine is, or how nutty the granola bar or how acrid the orange juice. What if you want to examine the differential and combined effects of alcohol concentration and residual sugars on perceived sweetness? Or the effect of different barrel regimens on finish length? Or the effect of irrigation on astringency? To answer those more detailed questions that ask for comparisons instead of just thumbs up or down, sensory scientists turn to trained sensory panels.

A trained sensory panel is, functionally, a scientific instrument that can be lined up with the pH meter and the spectrophotometer as another way to make quantifiable observations. Like other instruments, they must be carefully calibrated, and calibration is what puts the “trained” in “trained sensory panel.” Being on a panel is fascinating and educational and a lot of fun, but also a bit disorienting. What you think – not just how much you like something, but what you yourself think you taste – doesn’t matter. You have to convince yourself to reliably correlate a specific sensation with a specific word, the same word that everyone else on the panel will use for the same sensation. (Or what amounts to the same sensation, at least; whether everyone is in fact sensing the same thing is a question for neuroscience or metaphysics. What matters is that everyone can describe what they sense the same way.) You’ve been calling that mouth-feeling “dry” all your life? Nope, now it’s astringent. You think this tastes like a clogged garbage disposal? Nope, now we’re calling that “petrol.” Then, everyone on the panel has to calibrate how intensely they feel that sensation with everyone else’s perceptions. Does this wine leave the roof of your mouth feeling sandpapered? It doesn’t matter if it’s is the most astringent wine you’ve ever tasted; if everyone else is calling it “moderately astringent,” then you call it moderately astringent, too, or get kicked off of the panel for being an intractable rogue.

This is hard. It feels a bit Orwellian to say that something doesn’t taste the way you think it tastes. But learning to do so is how we calibrate the trained sensory panel machine. The point isn’t to express your opinion or to demonstrate the wide gamut of the human palate; the point is to be able to reliably compare the astringency of your wine samples. If three members of the panel rate a wine as “mildly astringent” while three call it “moderately astringent” and three “very astringent,” you’ve demonstrated that people have different opinions about astringency, but you don’t have a useful way of comparing this wine to the others in your experiment. Remember: you’re acting like a scientific instrument, not a human being.

Finally, the team has to practice making teamwork reliable. By the end of the afternoon, after a few rounds of tasting, maybe everyone can call the last wine sample “moderately astringent.” But can you make it happen again next week, for all of the wines you taste? Most trained sensory panels meet for a few hours a week for weeks or months to practice before being deemed useful tools. At first, everyone swishes and spits together (there must be spitting; there’s no calibrating a bacchanal), discussing what they taste and negotiating their perceptual disagreements. When the group can at last agree, it’s time for isolation. To avoid introducing the power of suggestion, each panel member needs to assess the actual experimental samples alone, which means that every member needs to be able to spit out the group-consensus judgment without the verbal reinforcement of her teammates. Sensory training is like practicing a team sport: your own performance matters but, in the end, success or failure depends on the team performance. So you practice, and practice, and practice until everyone works well together. Only when everyone is independently rating each test sample about the same – when everyone can call a wine “moderately astringent” (and when they called it “moderately astringent” last week, too) – can the panel be used to collect experimental data.

For many studies, data collection is the shortest phase. After weeks of training, the panel is asked to judge the wines of interest: the astringency of the wines made from the experimental grapes from the experimentally irrigated vineyard plots, or the sweetness of the experimental wines to which various amounts of alcohol and glucose have been added, or whatever it is that these many weeks of fuss have been about. The panel performs this final, important judging multiple times, usually on multiple days, to prove that they can indeed reliably assess astringency the same way every day, but the process feels a bit anticlimactic after such lengthy training.

But, wait: don’t we have a machine for all of this? We have a machine for practically every other scientific measurement, it seems. And humans are subjective and changeable, they can become tired and cranky, they get sick, and they need to eat and drink and sleep and sometimes even be paid. There must be electronic noses and tongues that can come up with all of these assessments reliably, every day, without all of these human problems.

There are, indeed…sort of. It’s complicated but very possible to devise an instrument capable of detecting flavorful or aromatic molecules in a fashion similar to the human tongue and nose. These electronic tongues and noses aren’t even especially new, several different versions having been developed over the past decade or so. The problem is that, as much as they short-circuit the typical problems of human tasters, they can’t do everything the human sensory panel can. 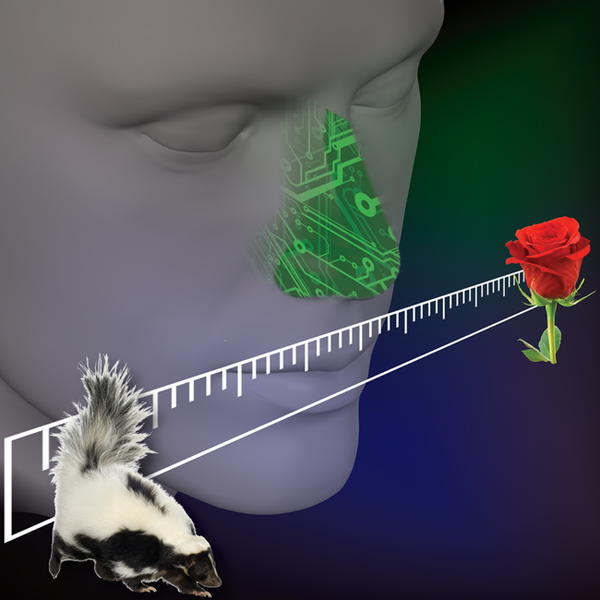 Electronic noses are complicated because our sense of smell is the product of many different odiferous molecules binding with hundreds of different receptors, each of which binds a unique set of molecules; electronic noses, too, need hundreds of different receptors. Human tongues, on the other hand, are a good deal simpler; we have only five-ish different flavor receptors collectively responsible for creating every different taste permutation. Four out of the five taste receptors are easy to devise: sugar receptors for sweetness, receptors for sodium and other positively-charged ions for saltiness, pH receptors for sourness, and glutamate receptors for umami. Bitterness is problematic because how we detect it is less straightforward and because we don’t yet understand it very well. Some electronic tongues also include receptors for astringency and “pungency,” the sensation of heat that comes from hot chilis.

One popular version of the electronic tongue, created by a team cooperatively led by Eric Anslyn, an analytical chemist at the University of Texas at Austin and Hildegarde Heymann, a sensory scientist at UC Davis, uses an array of “supramolecular” sensor molecules about the size of a postage stamp. Each sensor can bind to a variety of flavorful molecules in different ways – not just to one specific molecule, as in much of analytical chemistry. When it does, it changes color. Put many of these sensors together as dots on a card and you have an array that produces a colorful “fingerprint” that can distinguish one wine from another. Dr. Anslyn and Dr. Hildegarde’s work is currently being funded out the leftovers of a class-action lawsuit raised when less-valuable gamay grapes were passed off as more-valuable pinot noir; it’s hoped that this technology will help prevent wine counterfeiting.

Analytical chemistry can quantify all of the flavor molecules in wine that we know to look for, but the electronic tongue does two better: it can detect molecules for which you’re not necessarily searching if they can activate the taste receptors (and therefore contribute to flavor), and it can put out something that looks like a taste profile rather than a set of numbers. Even with our most sophisticated integration software, though, a machine still can’t predict exactly how something will taste. Receptors and the tongue itself are less the problem than the post-processing software that must mimic the complex (complex is an understatement) network of taste processing neurons in the medulla, amygdala, thalamus, and cortex. We still don’t understand what happens to taste sensations in the brain very well.

When we do, trained sensory panels might finally be out of a job.