New Zealand is the world leader in sustainable wine production. At least that’s the message that came through at the industry’s annual Romeo Bragato conference (named for an early Kiwi winegrowing advocate) in late August. 94% of the country’s growers are certified through the Sustainable Winegrowing New Zealand program. Getting 94% of winegrowers to do anything is an accomplishment. Getting them to examine and report their environmentally relevant business practices is laudable. 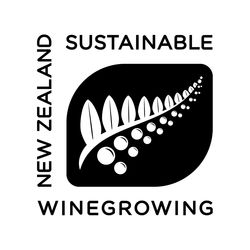 Notwithstanding New Zealand’s “clean, green” image – if hobbits drank wine, we know it would be organic, right? – sustainability is hardly the sole purview of the South Pacific. The Sustainable Wine South Africa program boasts equally impressive certification at 93%. Only 69% of California growers and winemakers participate in the California Sustainable Winegrowing Alliance’s Sustainable Winegrowing Program, but Californians also have a stack of other options for environmentally-friendly certification including SIP, Lodi Rules, Napa Green, and assorted organic and biodynamic certifications. Chile has a certification program, though they don’t have comparable statistics on their website, and assorted sustainability groups dot wine-producing regions everywhere.

Internationally, everyone agrees on the three “pillars” of sustainability – environmental responsibility, social responsibility, and economic viability – set as standard by the United Nations in 2005. What that means for any individual, though, varies widely, because it’s a given that conflicting priorities are going to mean hard choices. Internationally, everyone also agrees that what sustainability means in practical terms is very individual; researchers who interviewed 55 winemakers and winery owners in seven countries came up with 55 different definitions of sustainability, nearly all of which mentioned “it’s personal” in one way or another.

Growers in New Zealand’s semi-arid Central Otago can’t be held to the same water use limits as those in rather drippy Hawke’s Bay. Even amongst neighbors, one vine block will invariably be wetter or warmer or more mealy bug-ridden or more or less vigorous than another, and so it’s just not sane to lay down one sustainable law to rule them all. Wineries deal with fewer climate and geographical issues, but they still differ enough in size and building styles and temperature and whether a local cattle ranch is interested in taking their grape marc and a hundred other variables that make applying one standard unreasonable. In consequence, sustainability programs ask vineyard and winery managers to examine and report their practices but rarely if ever tell them what they can’t do.

To make life more confusing, how certification works varies widely from program to program. Under the Lodi Rules, for example, an independent auditor assigns growers points under a “Pesticide Environmental Assessment Program;” too many points and certification is denied. South Africa expects its growers to earn a minimum score on a comprehensive examination. Sustainable Winegrowing New Zealand asks producers to document and report on a long, long list of performance indicators and best practices. In every case, exact requirements aren’t something the great unwashed can see.

In every case, certification programs put a homogenizing face on a very diverse group of people. Everyone gets the same stamp of approval in the end, maybe just for submitting to the evaluation process. Some certified producers will be cultivating endangered native vegetables to feed the heirloom chickens they keep for the egg whites they use to fine their wines. Some will be reporting how many times they hosed down their four-wheelers or sprayed herbicides. Look to certification schemes as a guarantee of specific environmental and social practices and you’ll be disappointed.

But that’s not the point. As anyone who’s kept a food diary can attest, measuring and recording something – and, one step better, having to report it to a third party – doesn’t force you to make better choices, but you probably will anyway. After all, do I really want to have to tell my diet buddy that I had a Kit-Kat for lunch? And do I really want to have a Kit-Kat for lunch, now that I think about it? Taking ten minutes to walk to the fruit and veg on the corner for an apple and yogurt wouldn’t be that big of a deal… Ditto with sustainability programs. Over and over again, I hear from growers that they appreciate the reporting they have to do, extra paperwork and all. Not only does it make them aware and accountable, but it gives them the information to change and to check up on whether they did better next year. So, believing in sustainability certification requires trust in producers’ goodwill: that, given all of that information, they’ll use it for good.

Winegrowers and winemakers are nice people. Wine is the Lake Wobegon of agriculture, where all the kids are above-average. They’re passionate, persuasive and, more often than not, extraordinarily thoughtful about what they do. If I have to trust in the goodwill of anyone, let it be viticulturists and winemakers. 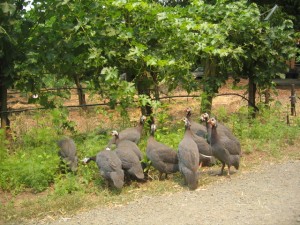 Still, you don’t know what you’re getting when you buy certified sustainable. If that’s what you want, I offer you something I’ll call the Farmer’s Market solution. If you spend time at your local farmers’ market (and you should, if you have one), you’ve probably seen the slogan “Know Your Farmer.” The campaign isn’t just a way to put a face on your food and to encourage eating local, but also to keep farmers accountable for their practices. I offer you a similar way to deal with soft-soap sustainability: Know your Grower and Winemaker. If you care about how your wine is produced, visit the winery’s website, send an email or make a phone call, or follow them on Twitter. They’ll be happy to tell you about what sustainability means to them and you can decide whether their answer makes you happy. It would be handy if sustainable certification offered some kind of shortcut for that research, but it doesn’t.

Not everyone wants to research their next libation, but if you’re one of those people, you’re probably not reading this. And that’s okay. We don’t have to worry about the casual wine drinker who picks a bottle off the grocery shelf having been won over by the black and silver Sustainable Winegrowing New Zealand or the blue California Sustainable Wine Association logo wrapped around it’s neck. Those emblems are an incentive to participate in sustainability certification programs, and those programs are ultimately a good thing. They force producers to be aware of their practices, and awareness encourages (even if it doesn’t guarantee) improvement.

A final thought: When was the last time you thought about the sustainability of your sandwich bread? I don’t have hard measures, but it seems that the consumer-focused, story-focused wine industry as a whole is working for better environmental practices more collaboratively than the makers of anything else we consume.

So is New Zealand the most sustainable wine producing country in the world? That 94% number doesn’t hurt, but I’d rather say that we’re asking the wrong question and point to all of the superb examples of thoughtful, responsible, creative wine industry people ingeniously improving their environmental impact in New Zealand and elsewhere. Sustainability certification is a great tool for individual improvement, a nice marketing hook, and just not built for drawing comparisons.