We all want authentic wines, or at least it’s currently fashionable to say so. But do we really want wines to taste authentically of their place instead of aiming for the flavors we value the most?

Whatever authenticity means, we know it’s a good thing. At the very least “authentic” says that we’re drinking to be what it claims to be: authentic instead of counterfeit Champagne (of which the CIVC ensures there is very little), authentic instead of fake Missouri Norton (of which I suspect there is also very little, no disrespect intended to Missouri or Norton). But we’re more likely to mean a stricter definition. The strictest equates authentic wine with no inputs or manipulation: organic and maybe biodynamic production, no sulfur, and as close as possible to the ideal of hiking in your vegan sandals past a fruiting wild grapevine and collecting its fermenting nectar in a makeshift cup fashioned from your indigenously produced hand-loomed organic hemp knapsack.

A somewhat less hard-core version (Jamie Goode’s and Sam Harrop’s in their book Authentic Wine) says that authentic wine is a wine with place, terroir, inimitably from the particular spot where it was created. That by design excludes generic mass-market brands engineered to specs drafted from a survey of the target market, like Miller Lite or an IKEA bookshelf. Winemakers increasingly talk about pulling back from using so much of the corrective technology voguish during the 1980’s and 90’s capitalist boom-era, and authentic-as-place often moves toward authentic-as-more-natural. So it seems the trend is toward more authenticity, which is great whether you’re talking about no makeup and hairy legs or not Photoshopping the model.

That should make everyone happy (if we exclude marketers for Chanel No. 5 and Moët & Chandon). Except that some flavors are better than others. Dr. Ann Noble’s famous aroma wheel gives you terminology for a full spectrum of possible wine smells. “Canned asparagus” is, at least to most Westerners and probably more widely than that, less pleasant than “orange blossom.” Even the “us” who want authenticity still on the whole prefer wine that tastes mostly like fruit rather than wine that tastes mostly like onions, wet leaves, or animals. Imagine a blind tasting at which you’re tasked with identifying a wine’s provenance. Unless you’re lucky enough to have gestalt recognition, you’ll break down the wine characteristic by characteristic and, even to educated palates, those characteristics are going to have preference associations. Would you rather your Chardonnay smell of hazelnuts or wet wool? 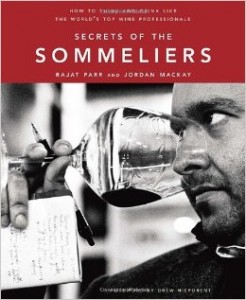 The great history of wine appreciation takes things a step further. We educate ourselves to think of some wine styles as gold standards, our best approximation of the Platonic ideal of what that kind of wine should be. Coming across a new example of a known and generalizable style, we’re inclined to line it up and say that maybe this medium-bodied Bordeaux-style blend is more vegetal. Maybe we have a deep-seated antipathy toward vegetal flavors. Maybe the less vegetal wines got there first. Maybe a fashion for less vegetal wines and the rise of wine appreciation happened at the same time. Regardless, calling the less vegetal wine objectively better is poppycock – what’s objective about a value judgment? – but it doesn’t matter. Inside the system of values we’ve cultivated – the one that awards 95 points to things we think are good – we absolutely can judge things better and worse. The problem is that some wines are going to be authentically vegetal. They’re going to deviate from those standards in ways that are either fundamentally or culturally negative.

Take descriptions of Syrah from Rajat Parr in the book Secrets of the Sommeliers: How to Think and Drink Like the World’s Top Wine Professionals. From Côte-Rôtie he sees “a slightly lighter body, higher acidity, and a perfume that goes from white pepper to beef jerky to just-ripe blackberries.” Hermitage has “more beef teriyaki, darker black fruits, and often smells of asphalt or Band-Aids.” Do you like the smell of Band-Aids? His commentary comparing the two regions suggests that Parr doesn’t.

Newer wine regions are still working out the permutations of grape variety, cultivation practices, and winemaking techniques that offer the best possible expressions of their authentic terroir. Old World wines in general and French wines in particular have been at the quality wine game for the longest and most focused and energetic time; of course they’re inclined to be higher quality. But wines from some places are still never going to be as enjoyable as others, even setting aside quality as a function of balance and length and other indicators of how well a wine is made. By demanding authenticity, we’re enforcing – very nicely, mind you – a caste system that tells people whose terroir smells like asphalt that they’re just never going to be as those of the cherished violet perfume.

Best intentions aside, our desire for authentic wines that speak of place and the inevitable existence of standards creates a problem. It shows when wine critics describe something new from an untested region as resembling a well-regarded European wine. Likening a Ningxian red to a right-bank Bordeaux surely means the Chinese wine is doing something right, but is it an authentic Ningxian wine? Maybe trying to mimic the French means the Ningxian ignores what their terroir authentically affords. Can you blame them? We’ve already defined right-bank Bordeaux as a standard, and if the terroir of authentic Ningxian wine means canned asparagus rather than orange blossom, appreciating it is also bound to be tougher. I’d hazard that we won’t bother, and will instead be happily surprised when the “terroir” of Ningxian just happens to resemble an already-beloved French style. 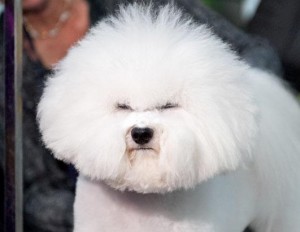 So, now what? This is a very post-modern problem. We get outraged about class and inequalities. Scullery maids of a few centuries ago may have dreamt of somehow marrying a baron and rising to title and rank, but the reality was that you were a scullery maid and that was that. But if we do approach this as a problem to be fixed – because conflict is bad instead of, say, a source of productive dissonance, and because we’re post-modern – we could try the Westminster Dog Show solution. Westminster is a “conformation show:” every dog is judged against the Platonic ideal of its breed, or at least the ideal as defined by the American Kennel Club. When a German Shepherd wins Best in Show, it’s out of being ideal shepherdness than the toy poodle is to ideal poodleness. The Westminster solution says that we should judge every wine against the ideal expression of its type. Of course, it’s not incidental that only one German shepherd has ever won Best in Show – the only time a dog from the “herding group” has ever won, in fact – and that terriers have come out on top in 45 out of 103 shows. The herding group is young, only organized in 1983, and the German Shepherd has lots of critics claiming that the show ideal is a totally dysfunctional version of an actual working dog. And who’s going to decide what ideal Côte-Rôtie syrah looks like, let alone something like Walla Walla merlot that’s had so much less time to define itself?

There’s an alternative in the hippie solution: free love, space for everyone, and no judging. The problem here is essentially the same as the problem the hippies faced: the rest of the world runs on a different system, even the most earnest commune-dweller grew up in a capitalist ownership society and still harbors some remnant of it, and tiny enclaves aren’t always enough to sustain a movement. After our parents have all cut their hair and filled their 401Ks, we’re just left with soft soap: awareness and tolerance as a thin paint over a system that still makes value judgments but pretends not to.

The easiest, most logical solution? Stop pretending. Be realistic about when you maybe don’t want authentic wine, and what you’re saying when you say you do. Don’t whitewash class. And drink – and enjoy – as many different, odd, quirky, nonstandard, unexpected wines as you can.