I had never been to Provence before, so I was excited by the prospect of going there this past fall.

As a wine writer of more than 30 vendanges, I find myself in France at least two or three times each year, sometimes on a specific assignment, but often as a guest of a wine region. I have more rental-car miles in Bordeaux than I care to count, the walled towns of Beaune and Avignon are two of my favorite places to stroll and to eat, and I have dutifully let myself be led past must-see bottling lines in such out-of-the-way places as Jura, Cahors and Saint-Mont.

But I had never been invited to come taste the wines of Provence, and no editor had pointed me in that direction.

Now I was scheduled to spend a week there, a late-October vacation in Cucuron, a small town north of Aix-en-Provence, with my wife and three other couples. I did my homework before we set out for France, reading wine and travel books about Provence, checking out winery sites on the internet and making contact with the folks at Wines of Provence. 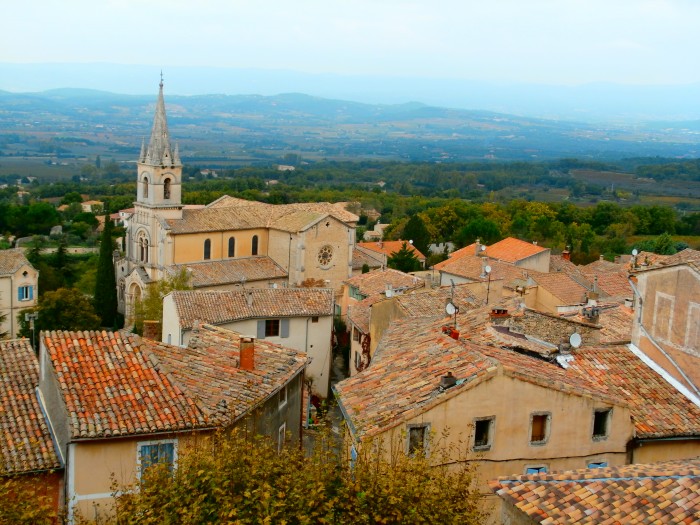 It was a great vacation, but I came back unimpressed by the wine experience. The couple of winery visits turned out OK, we had a few good bottles recommended at local wine shops, and I drank more pink wines than I had in any one previous seven-day period of my life. But I came back feeling no energy, no vibe about Provence wines, not on my part or the part of the Provençaux. I’ve been asking myself why. Perhaps I could have tried harder, yet I’ve never had a problem linking into the local wine scene anywhere else I’ve travelled.

So I came away wondering, should the marketing term “Toujours Provence” be re-stated as “peut-être Provence?” Perhaps Provence. That led me to some thoughts about Provence’s failure thus far to distinguish itself as a premium wine region.

One could use the excuse that terroir in Provence is simply not capable of producing excellent wines, but that isn’t the case. The wineries that I visited and the wines that I bought in Provence showed much promise, although “promise” is faint praise for a supposedly mature region. America’s small importers have not invested heavily in the region, apparently seeing little chance of finding the “hidden gems” they do elsewhere. But is the region capable of making great wines? Of course, it is and occasionally it does.

While Provence does have a few well-known wineries that sell to the U.K. and the U.S. – we could all make our short lists of them – there are probably none that would be regarded as grand cru elsewhere. By and large, Provence remains on wine maps terra incognita, the name ancient cartographers used to mark “The Unknown World.” One hopes that will change, that in 10 or 20 years, other wine writers will be talking excitedly about the bold new wines of Provence and citing this article as a baseline for how far they have come.