Surely we’ve all met someone, or been the someone, who asks whether that expert really discerns purple peaches and cassis in that merlot-cabernet blend. Even if we trust in someone’s sincerity, are they really feeling it or have they just convinced themselves? Then we layer the imprecisions of language on top of the imprecisions of perception and the situation worsens. Maybe you really do taste purple peach but your purple peach is the same as my Scandinavian custard rice. How do we disentangle what someone thinks they feel, or what they say they feel, from what they actually feel?

Historically, our best plan of attack for those questions involves asking a whole bunch of people to provide their subjective impressions, expecting their idiosyncrasies to balance each other out and calling on statistics to calculate a number out of the middle of the mess. Until the 1940’s, doctors (men, of course) weren’t sure whether women were really suffering so intensely during childbirth or whether it was just all in their heads. Obstetricians subjected laboring women to pain in the form of extreme heat and asked them to compare it to the pain of the contraction they just suffered in an effort to quantify it; the women suffered second-degree burns before declaring it as bad as the labor, and the men were eventually convinced. Scoville units are a more familiar example. Per pharmacist Wilbur Scoville’s 1912 protocol, a specific amount of dried chile is diluted out in sugar water in progressively smaller amounts until a panel of five tasters stop crying fire; the more dilutions to get to that point, the higher the Scoville number and the more loudly we exclaim over fellow acts of chile bravery.

Yet those measurements still leave us wondering whether one woman’s “ouch” or one chile-head’s “barely perceptible” is the same as another’s. An alternative – one that really does get around that pesky problem of human subjectivity – eliminates the people altogether in favor of pure machine-driven analysis. American Spice Trade Association pungency units subject a chile sample to high-performance liquid chromatography (HPLC), which separates out its component parts by molecular weight. The hot-tasting ones are quantified, slotted into a formula that weights them by heat-producing potential, and out pops an objective prediction of how much pain you’ll be in after consuming the thing. Scoville’s methods aren’t much used in the trade any more: when you’re trying to make every bottle of Tabasco taste the same year-round, you go for the computer. We’ve long been subjecting wine to HPLC and predicting the bell peppery-ness of a syrah or the passionfruity-ness of a sauvignon blanc. But HPLC does squat for quantifying what drinkers actually taste, let alone what they prefer. What we need is a machine that bypasses language and measures human perception. What we need is to go straight to the brain.

Let’s say you wanted to know whether wine drinkers prefer red wines with alcohol levels around a conservative 13% or running a more modern 15% line. You could line up a bunch of people with a glass each of two similar wines hitting those marks and ask them what they think. Or you could lay them down in an MRI machine, feed them samples, and ask their brains the same thing. Neuroscientists and sensory scientists have been pairing up of late to take the second approach. 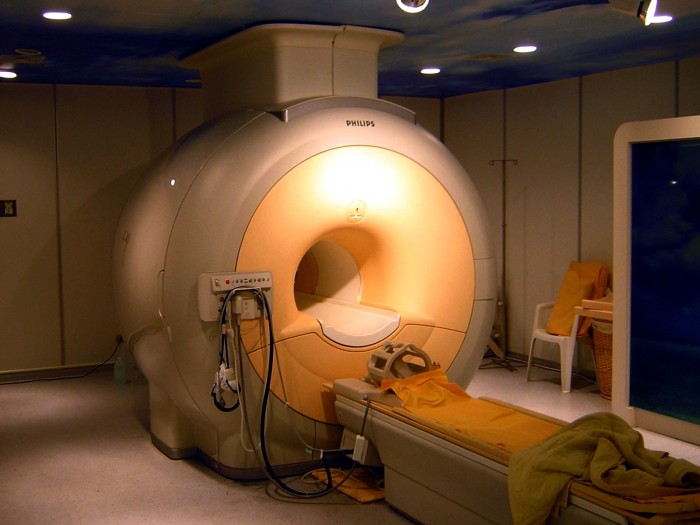 Functional magnetic resonance imaging (fMRI) uses giant magnets (the MRI part) to image the brain while a person is performing some kind of task (the “functional” part). That task can be essentially anything so long as you can do it while your head is in an MRI machine: the giant, famously claustrophobia-inducing tube most of us have seen in at least one medical melodrama. When Stanford researchers wanted to know what concentrating to read a novel looked like – and maybe whether it could be good for you – they used MRI to image the brains of English lit PhD students spending some time with Jane Austen novels. (Surprise: they registered more blood flow to a variety of concentration, emotion, and pleasure centers.) If it’s easy enough to read while lying perfectly still on your back, sipping wine is a slightly trickier proposition. Tasting action needs to be rigged up via some kind of apparatus – a gustometer, technically – that can feed you the thing you’re tasting while you do absolutely nothing. So “wine tasting” fMRI style means lying horizontally on your back, arms at your sides, inside a giant tube surrounded by noisy machinery while a syringe squirts wine into your mouth.

Relatively wine-novice volunteers were subjected to pairs of very similar red wines in this fashion, one at about 13% alcohol and the other at about 15%. The MRI scans showed tasters’ brains lighting up more in response to the lower alcohol wines. That defied researchers’ expectations that more alcohol would mean a more intense taste sensation. The explanation, they reckon, is that lower alcohol wines demanded more careful attention – they call this “attentional orienting” – because higher alcohols obliterate some part of a wine’s attention-grabbing nuance. But what, you ask, did tasters think of the wines? They rated them pretty equally when they were allowed to sample them in a less artificial setting post-brain scan. That’s interesting: it suggests that brain scans can extract information about our response to a wine, maybe even about our preferences, too subtle for us to articulate.

fMRI lets us evade confusion between what people taste and what people think they should say about what they taste, too. It’s pretty common knowledge that folks will praise a wine they’re told is expensive more fervently than one they’re told is cheap, even when the two wines are the same and the whole thing is a ruse. But are those people just saying that they think the “expensive” wine is better because they think they should, or does it really taste different to them? fMRI brain scans suggest that tasters perceive wine as being more pleasant when they’re told that it’s more expensive, even though the way they’re processing the actual flavors is the same. Whether the wine sells for $5 or $90 at the store, the brain’s pleasure centers light up more brightly when we’re told it’s expensive stuff. The placebo effect, in this case, is real. 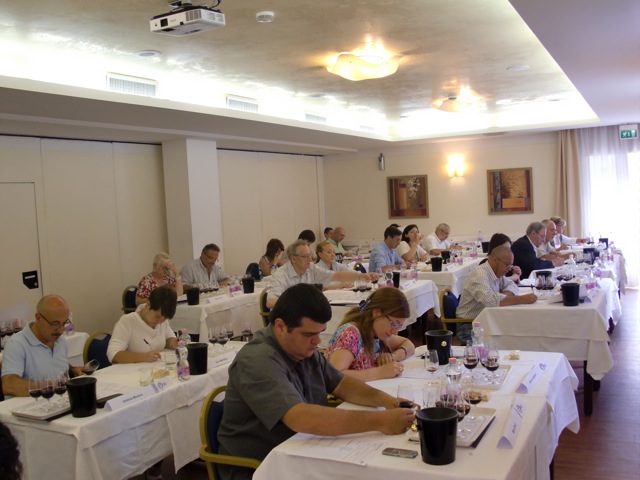 Want to know whether experts really taste wine differently than plebes? Ask random untrained occasional wine drinkers and professional sommeliers to sample the same wines while you scan their brains and compare the pictures. An experiment along these lines in Rome found that the somms relied more heavily on retronasal olfaction, which is to say that their brains lit up more in smell-processing areas associated with drawing aromas up to the nose through the back of your mouth while you’re tasting something. The somms also thought more actively about the wine using analytical parts of the brain; the plebes’ brains treated sipping on wine much the same as sipping on sugar water.

That’s (part of) the problem with fMRI studies. It’s easy for their conclusions to fall into the realm of duh-we-knew-that-already just because we actually don’t understand the brain that well. Our maps are still a bit rough around the edges; structure is one thing, but function is another, and taste and smell in particular are still works in progress. We know which parts of the brain light up when we taste sweet, sour, salty, and umami. But precisely locating activation of the “cassis” center? When someone asks whether that exalted somm really tasted it, brain scans can’t offer much. At this point, the questions we can ask the fMRI genie are pretty basic.

Basic, but useful: we can ask questions about differences and say that differences really exist. And the upside is that every maybe-basic experiment keeps building up what we know about what really happens in our heads when we taste. More brain pictures mean more correlations mean more steps toward disentangling what we say about wine from what we sense of it. Without, thankfully, subjecting anyone to second-degree burns in the process.