Vermouth is the most underappreciated wine in the U.S.

Most people don’t realize that vermouth IS wine: that’s the beginning of the problem. Imagine how much you would like Pinot Noir if you only drank it after it had been open for two months at room temperature.

Recently I reviewed a new book about vermouth on my blog. The book is lousy, and that’s a shame, because vermouth can use an advocate. Some readers asked me for recommendations both on which vermouths to buy and how to drink them: in other words, How to Love Vermouth (if only Eric Asimov actually did; I’m sure he would do a better job of this than me).

1) Store vermouth in the fridge, and drink it cold.

It is possible to drink vermouth straight, but I prefer it on the rocks, just as is, no gin required. The exception is ultra-dry vermouths that are made specifically for martinis; those are the most boring, and it won’t surprise the Palate Press reader to learn they are the most popular in the U.S.

2) Vermouth adds interest to most cocktails, dinner, and your life itself.

Vermouth is made from fortified wine with added botanicals (herbs, roots, flowers, etc.) that differ tremendously by brand. The best ones are delicious and very complex by design. I love sweet vermouth in a Manhattan. Try adding a dash of dry (but not extra dry) vermouth to a gin and tonic. In fact, try adding a little fresh vermouth (see below) to just about anything. Julia Child preferred cooking with it to cooking with unaromatized wine, because it adds more flavor. She also liked a reverse martini: 5 parts vermouth to 1 part gin. Try it.

3) In the fridge, an open bottle of vermouth lasts about as long as tawny Port. 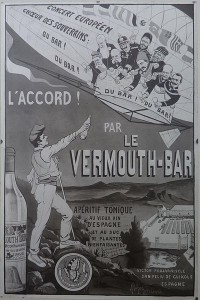 You might get a month out of it, but drinking it after that will explain why there are so many one-liners about it, as when Winston Churchill said the best way to make a martini was with ice-cold gin and a bow in the direction of France. All of Churchill’s vermouth at the time was old because France was in Nazi hands. Don’t let the Nazis stop you from enjoying vermouth.

4) Go throw out that open bottle of vermouth in your liquor cabinet.

Seriously. Put the phone down and go pour that shit down the drain. I’ll wait.

This isn’t a comprehensive list; there are other good vermouths in the world. But these are personal favorites, and the point of this article is not How To Know All The World’s Vermouths. I encourage you to treat your vermouth purchase as you would any wine: buy something interesting, and don’t be a cheapskate.

Carpano Antica Formula: A bartender favorite for Manhattans, this Italian sweet vermouth is full-bodied and full-flavored with strong notes of dried cherries, cinnamon, cola, raisins, oranges and vanilla. Also good straight up cold or on the rocks. I list this one first because it’s a great vermouth to start with: it can drink like a red wine, only more complex. 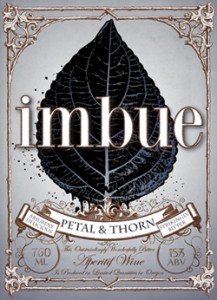 Imbue Petal and Thorn: My favorite U.S.-made vermouth. Made in Oregon from Pinot Gris grapes with brandy from Clear Creek, and colored by beets. It’s so delightful straight or on the rocks that I can’t bear to mix with it: bitter from botanicals like chamomile, but also fruity from ingredients like orange peel.

Noilly Prat Original Dry: The single best value in the wine world. It’s made in south France from a 202-year-old formula that requires letting the wine (Picpoul and Clairette) age in ancient barrels outside in the hot sun, near the sea. Winemaking doesn’t get more traditional than this. Plus it’s delicious, with botanicals like clove, chamomile, nutmeg and bitter orange. Try it on the rocks with a slice of lemon peel; it’s great with oysters. Don’t settle for the Extra Dry, a less flavorful version made only for the U.S. because most Americans want less flavor in their martinis.

Massican: Dan Petroski makes some of the most interesting white wines in Napa Valley under the Massican label, and his vermouth is no exception. Petroski is new to vermouth making and thus I’ve noticed significant vintage variation to his vermouths. But hey, vermouth is wine, right? Try this one on the rocks.

Perucchi: Italy is the best-known country for sweet vermouths, and France is best-known for the dry style. But they drink more vermouth in Spain than in either of those places. Spanish bars often have vermouth on tap, and there’s a huge range, very few of which are exported to the U.S. Perucchi is one of the easiest to find here. With most companies I have a clear favorite between white and red, but I like both of these: the white is spicy and refreshing; the red is rich, woody and complex. I like the white straight, the red on the rocks.

Vya sweet: Quady winery in the hot part of California has been making dessert wines for 40 years. In 1999 they got ahead of the curve by making the first of the new artisanal domestic vermouths from a blend of Tinta Roriz and Orange Muscat. This is a strong flavored vermouth, with cola and molasses notes, and goes well with rye whiskey in a Manhattan.