Even if you don’t shop at Whole Foods, even if you don’t drink coffee, you’ve probably heard of Fair Trade. The program (programs, really; fair trade certifications are issued by a handful of agencies) rose up in the 1960’s, but really gained steam in the 1980’s as an upmarket-focused movement best observed on the coffee and chocolate shelves. Today, an average supermarket can be expected to offer at least a few fair trade products: sugar, bananas, coconut products, flowers, rice, cotton, soccer balls, and many other products typically imported from impoverished countries. And, as of 2003, the fair trade world includes wine. Like so many other do-good initiatives in the wine industry, this seems like a good thing, but that sticker on your bottle may not mean what you think it means.

Only about fifty wineries are fair trade-certified, all from South Africa, Argentina, and Chile. Producers must be in the “Global South” to apply for the program and right now, that’s the Global South for wine. “Global South” refers more to development status and national wealth, not so much to physical geography; New Zealand and Australia are in the global south, but not in the Global South. So, don’t blame poor selection when you don’t see Italian or Californian fair trade wine at your local shop.

The core idea of fair trade is that global trade contributes to global inequality and producer poverty, and that global trade can be a tool to help fix those problems. Instead of wealthy consumer countries shipping aid to poor countries, we should buy the products we already want from them at better prices with contracts that protect worker welfare. Fair trade says that sugar, coffee, and chocolate are artificially cheap because we’re exploiting Global South labor; paying more for those goods is the ethically responsible thing to do. “Trade not aid” is why fair trade is about Global South products made, often, by workers suffering oppressive conditions. What oppressive conditions exist in the South African and South American wine trade? South African wineries largely continue to operate on an apartheid-era model: wealthy white landowners employ poor black workers, who are sometimes kept poor through low wages and forced indebtedness to their employers. In Argentina, the combination of traditional contract practices (paying for grapes in installments around the whole calendar year is a good example), new export-focused conglomerate wineries, and an unstable national economy has left many vineyard workers in poverty.

Since the ultimate point is lifting agricultural workers out of poverty, fair trade goes beyond just paying producers more. Small producers are organized into democratic cooperatives. Employers must agree to pay at least minimum wage to their workers, meet safety standards, and avoid child labor and other exploitative working practices. In addition to paying at least a minimum price, buyers pay a fixed “fair trade” premium that goes toward whatever special projects the democratic collectives decide upon: emergency funds for workers, educational programs, new wells or school buildings, and so forth.

Fair Trade International’s website says that their involvement in the wine industry is specifically to improve the status of Black workers in South Africa and raise wages for small family producers in South America. Better working conditions and improving community infrastructure is part of the package, too. Unfortunately, research published in the Journal of Rural Studies earlier this year says that that promise isn’t working the way you might expect, at least not in Argentina.

Researchers interviewed 45 people involved in fair trade wine across Mendoza and in La Rioja, a lesser-known region about a day’s drive to the north. They found that earning fair trade certification didn’t actually require companies to make many changes. Fair trade requires employers to pay the legal minimum wage or the regional average, whichever is higher, but producers already tend to pay the legal minimum; fair trade workers don’t earn more. The legal minimum wage isn’t a living wage, and because fair trade rules don’t allow employees to work overtime (though most wine producers are granted exceptions for harvest), fair trade workers may actually end up at an overall disadvantage. Since fair trade regulations tend to be derived from local standards, most other fair trade worker regulations (the overtime rule is the notable exception) were also already national law. Again, not much changed.

The biggest problem with the fair-trade wine system in Argentina is that it doesn’t seem to be addressing the inequalities it set out to mitigate. Historically, Argentina produced masses of cheap, plebeian wine for local consumption. For a number of reasons, including the booming “New World” wine market and a failing domestic market, in the 1980’s many but not all producers shifted to making higher-quality, modern wines designed for the export market. Some smaller producers still use traditional (or old-fashioned) methods to serve the locals. Those traditional producers tend to be poor. The separate segment of the industry that focuses exclusively on the export market tends to be much better off. Needless to say, fair trade certification is only relevant and has only been adopted by the export-market wineries. Every other consideration aside, fair trade isn’t actually helping the worst-off members of Argentina’s wine industry; it’s reinforcing the growing gulf between the poor and the wealthy. 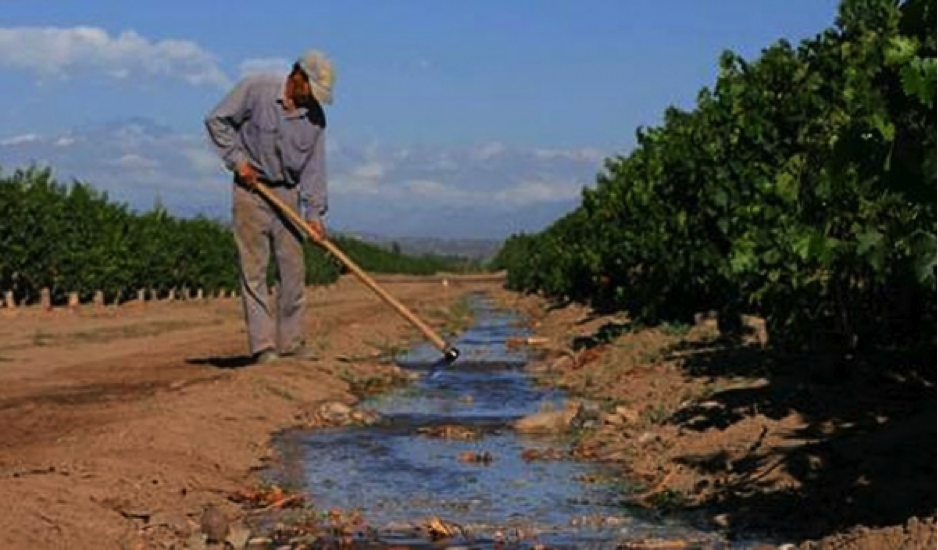 Well, maybe that’s the second-biggest problem. The biggest problem is that wine isn’t like sugar or chocolate or bananas. Most fair trade products are price-driven: quality isn’t much of an issue, so you’re looking for the lowest price. It doesn’t hurt that roasters and confectioners buying raw products are known to invest a lot of care in shepherding suppliers toward producing the kind of product they want to buy. The idea behind the fair trade logo is that some fraction of us is willing to spend a bit more for the feel-good factor of helping a good cause. Differentiating their products on ethical grounds lets small producers escape the incessant price wars of global competition.

Quality is simply a bigger part of the equation for wine. If you’re the kind of drinker thinking about Argentinian malbec instead of grabbing a jug of whatever’s cheapest at the grocery store, buying that malbec and picking up a bag of sugar are completely different kinds of buying decisions. And, no wealthy overseas processor is spurring grape growers to improve quality. It shows: fair trade wines are mostly being praised for the label, not for what’s inside the bottle.

Am I telling you that you shouldn’t buy fair trade wine? Absolutely not. There’s nothing particularly unfair about fair trade wine, and you can read up on how fair trade certification has helped workers in other industries. But I am saying that when it comes to wine, “fair trade,” like “organic,” like “sustainable,” may not mean everything you imagine it means. These systems involve just too much latitude for a logo on a bottle, itself, to mean all that much. It’s not their fault. Any centralized system applied to a whole batch of diverse producers is doomed to make a lot more sense for some individuals than others, to be good for some while being useless and maybe even harmful to others. The rules that help Ghanian cacao producers can’t be expected to work the same way for Argentinian vineyard workers.

So what’s a socially conscious oenophile to do? I’m not sure that there’s an obvious answer. All of these certification programs and logos on bottles are shortcuts. Good intentions and all, they’re attempts to simplify a problem that isn’t at all simple so that American and European shoppers can feel socially responsible without having to do anything more disruptive than look for a green and black sticker. A big conversation amongst researchers who study these programs is whether they’re actually hurting workers by reinforcing harmful systems that need to be rethought from the ground up. Making a bad situation incrementally better for some may not be enough to get anyone to “good.”