The unique terroir of the Côtes des Bar expresses itself well in this vintage.

The 2015 harvest has drawn to a close in Champagne and overall everybody is very happy with the results. The hot summer boosted the ripeness levels, and in the end brought forward the harvest dates by a few weeks, especially in the Côtes des Bar section of the southernmost Aube area.

The Côtes des Bar is responsible for almost a quarter of the total Champagne production. With 7,970 hectares (nearly 20,000 acres) of grapes planted, this is the most southern sub-region in Champagne, located in the department of the Aube. Yet the Côtes des Bar has always been a bit standalone, partly because it is more than 100 miles away from the rest of the region,  separated by wheat plains – and by history. The Aube is in the original County of Champagne, as defined at the end of the eleventh century. Even so it was excluded during the first definitions of the Champagne appellation in the early 20th century. 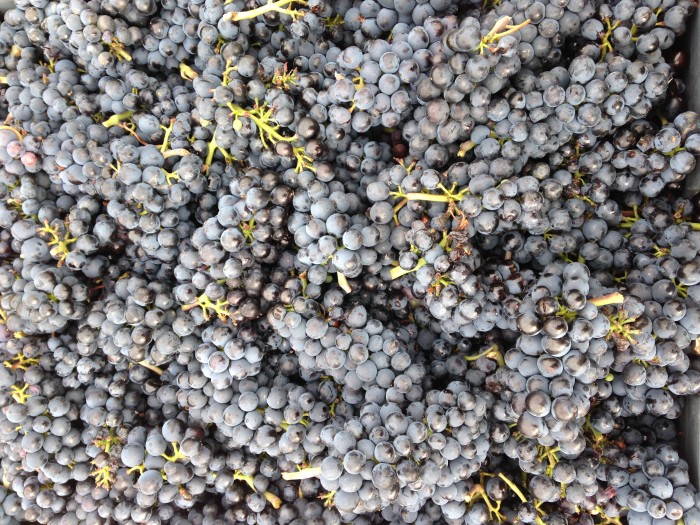 Reinstated as part of the appellation by the decree of 1927, the Côtes des Bar in the Aube remained second best in the eyes of many champagne producers and the large Champagne Houses  However, in the last decade a lot has changed. The Aube, which borders on Burgundy, has looked south for inspiration, defining its terroir as unique compared to the rest of the Champagne region, and its grapes and wines have now become very desirable.

Most of the grape growing region here is concentrated around the cities of Bar-sur-Aube and Bar-sur-Seine. The soil is composed of layers of clay and limestone dating from the Kimmeridgian and Portlandian eras. This is an ideal soil to grow pinot noir grapes, which make up 85% of the plantings of the Aube. However, the region also counts two chalk “islands:” Montgueux just west of Troyes, and Villenauxe la Grande bordering the Marne department just south of Sézanne – both of which are ideally suited to chardonnay. A few rare, old vineyards of pinot blanc, pinot meunier and arbanne can also be found in the region.

The starting dates for the Champagne harvest are set village by village, and announced by the Comité Champagne (CIVC) at the very end of August. However, this year the harvest officially opened in Montgueux on the 29th of August, before the CIVC meeting took place. Some growers here who had requested exemptions had already started on the 26th. Vincent Perrin, the new Managing Director of the Comité Champagne (CIVC), confirmed all exemptions were granted because of the “unprecedented development rate” in some areas. Indeed in the last week of August temperatures climbed to about 100˚ F (38˚ C) in the Aube and sugar levels shot up suddenly, especially in the chardonnay grapes. Some growers panicked, fearing an imbalance as the acidity was fairly low at that point.

Even though the early-harvesting Montgueux area only received appellation status in the 1980s, it quickly became quite sought after by big Champagne Houses. Cyril Brun, Chef de Cave at Charles Heidsieck explains: “The chardonnay from Montgueux is rounder and has a more tropical flavor profile. It is very expressive and adds richness as well as freshness to the blend.” Charles Heidsieck has had a few longstanding contracts in Montgueux; one of them encompasses most of south-facing Clos St Sophie, one of the rare Clos in the Aube. The Clos is owned by the Valton family, creators of the Petit Bateau brand of clothing. Heidsieck has a contract for 0.9 hectares (2.2 acres) of their chardonnay and 0.5 hectares (1.2 acres) of their pinot noir. 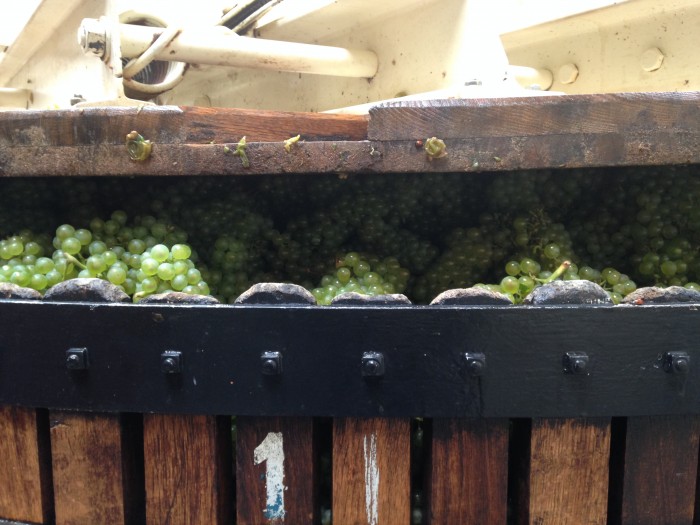 The remaining 0.4 hectares (about an acre) of old vine Chardonnay is sold to Emmanuel Lassaigne, who produces a single vineyard cuvée with these grapes. Lassaigne is probably the best known grower-producer brand of the region; he makes only Montgueux cuvées, and they are widely acclaimed today. Lassaigne started his harvest on September 3rd, a week after the first nearby grapes were picked. He is very optimistic about the 2015 crop: “We had no disease, a beautiful concentration of flavors, a good acidity and low pH’s – everything to make great wines.” When asked why he waited to harvest he answers, “I prefer to wait till the fruit is ripe and determine this by taste rather than only looking at the sugar levels. After the very hot temperatures we had a thunderstorm on September 1st and the temperatures dropped significantly, back to our usual harvest weather. It is better to pick the grapes when they are cooler rather than having to cool down the must.”

The heavy rain on September 1st diluted the grapes a bit and enticed most people to wait. In Urville, Michel Drappier, owner of Champagne Drappier – the most famous brand of the region – recounts the shuffling of the dates before the harvest: “We began taking samples to test the sugar levels on August the 24th. When I saw that the average potential alcohol degree was around 10.5%, I panicked because I realized we would have to harvest sooner than anticipated, especially with the very hot weather. I thus made arrangements to start on September 3rd. However, we had 50 mm (about 2 inches) of rain on  September 1st which diluted the grapes a bit. Since sunny weather had been forecast, I changed my mind on September 2nd, deciding to begin harvesting on the 7th.”

In the end Drappier, as many others, did pick a few parcels from the 4th onward, mainly young vines whose grapes were quite mature. He elaborates:  “One of the parcels we harvested over the weekend was young vine pinot gris for the Cuvée Quatuor. For the first time ever in my lifetime – and that of my father –we pressed a marc (press load) with 13% potential alcohol.”

Christian Jojot, President of the Union Auboise, the largest co-operative of the region (and a partner in the Devaux and Jacquart brands) also spoke about the unusual ripeness of the grapes. “I have very rarely seen such high alcohol. What is amazing is that the fruit was ripe just about everywhere. The hot summer concentrated the sugar in the berries.” Jojot is also the president of the co-operative of Les Riceys, which produces 15%-20% red wine as part of their 95,000 kg (over 100 ton) crush. “The conditions were ideal to produce red wine this year. The fruit was ripe and flavorsome, and the skins were very colorful,” adds Jojot.

Les Riceys is without a doubt the other most sought after village in the Aube, partly for its red wine, which is mainly sold to Champagne Houses to be used in their rosé blends. Yet many Houses also purchase pinot noir to vinify as white wine here because of its fruit-forward characteristics. It is the largest cru (appellation village) in Champagne and it is also the origin of the famed Rosé des Riceys wines. 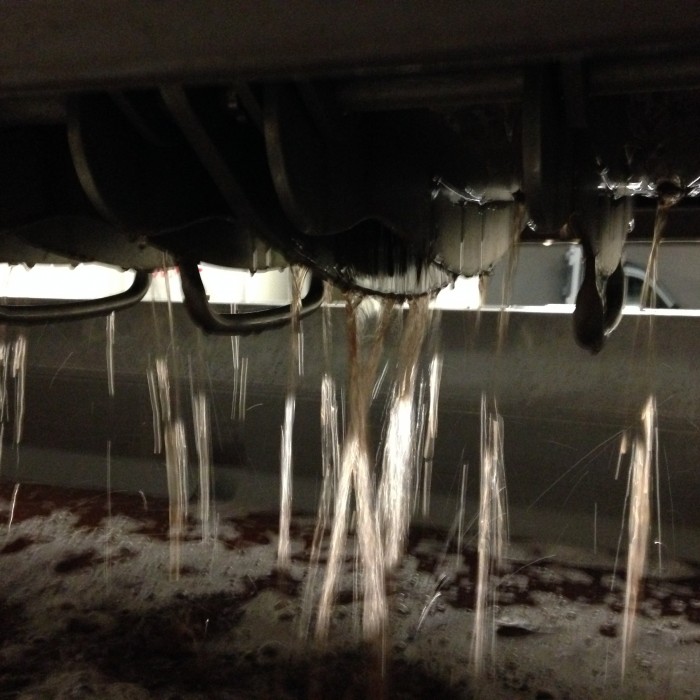 Olivier Horiot, one of Les Riceys star Champagne makers, produces two distinctively different Rosé des Riceys wines from two different vineyards. He was very excited about the 2015 vintage potential overall, but especially about the Rosés. He explains, “The pinot noir this year really was exquisite; we had plenty of fruit, with a plethora of flavors, great color and a good freshness. Our pH’s were just under 3, which is great for the aging capability of the wines.”

One of the reasons why Horiot’s fruit was so plentiful may be because he farms biodynamically, which vignerons say tends to pay off in hotter years as the vines suffer less from the dryness. Dominique Moreau, the biodynamic grower behind the Marie Courtin brand from Polisot, further elaborates on why organic and biodynamic growers fared better in quantity this year. “We have an intensive soil-working program, which forces the vine roots to plunge downward rather than stay on the surface. In dry years this means they have more access to water and suffer less.” Dominique has been stunned by her yields, which averaged around 11,500 kg/ha. This is almost 2000 kg/ha more than her normal yields, and almost 1000kg/ha more than the region’s average according to Jojot. At the same time Dominique’s flavor profiles are the most intense since she started her brand in 2006.

Jean-Sebastien Fleury, the son of Champagne’s biodynamic leader Jean-Pierre, agrees with Dominique on all aspects of the 2015 harvest. “We have very rarely had such a wonderful harvest, both in quality and quantity. A fantastic end to a fairly easy and dry growing season!” he observes happily.