I wasn’t always a wine drinker. The first thing I liked to drink was vodka: vodka with cranberry juice, or a Black Russian with a slice of lime. Now, though, I am entirely too hip to drink vodka. I sneer at vodka, and at people who drink vodka. If I want a cocktail, I order something made with rye or mezcal. When somebody orders a Grey Goose and soda, I feel superior to them.

We know who the asshole is in that statement, right?

Let me give you a little foreshadowing here, for people who are about to stop reading because this article is about vodka: There’s going to be a twist, and a reason this belongs on Palate Press.

On the surface, it seems like America has come around to my point of view, and not just because 7-year-olds are wearing Ramones t-shirts.

“I went into a bar recently and I asked the bartender, ‘What vodkas do you stock?’ ” said Tony Abou-Ganim, a Las Vegas mixologist and author of Vodka Distilled. “He said, ‘We have two, and in my opinion that’s two too many.’ He offended me. You’re 24 years old, you can serve whatever you want in your bar. You don’t need to have 1000 vodkas. You can have two vodkas, if that’s what you want. The way it was presented to me was insulting to me as a customer of the bar. I’ve never been back.”

Vodka is, by volume, still the best-selling spirit in America, though whiskey has passed it in overall sales by money spent, according to Nielsen. Whiskey is super-hot, with sales by dollars up nearly 11% last year. And the media has been reporting a long slow decline of vodka sales.

But the overall numbers hide an important truth: the flavored-booze crowd is switching sides. The drop in vodka sales is almost entirely in flavored vodka. Five years ago, candy cane vodka and Dutch chocolate vodka seemed like good ideas. Now, not so much. Unflavored vodka sales actually rose 3.7% last year. 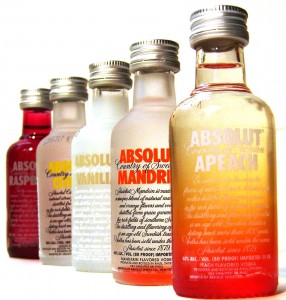 It’s ironic that vodka is uncool during our cocktail renaissance because, properly deployed, it’s a great cocktail ingredient. Making a refreshing hot-weather drink is much more challenging with brown spirits. With vodka, at the most basic, add some fresh citrus and sparkling water and that’s enough. (I realize this article could have been better timed; sorry.)

Abou-Ganim says the reason not many classic cocktails are made with vodka is that during the first flowering of cocktail culture in the 1800s, U.S. bartenders didn’t have it to work with. “We didn’t even know what vodka was in this country until after Prohibition,” Abou-Ganim says. He also believes that the first major vodka cocktail – a vodka martini – is a poor use of the spirit. “I don’t think vermouth plays well with vodka,” he says. “It doesn’t have the botanicals that vodka loves in gin.”

So cocktails are cool now, and locally made spirits are cool, and here’s the twist: vodka is often the only spirit that fledgling microdistillers can make successfully.

It takes distillers years to learn to make good whiskey. Whiskey making is an art with lots of factors whose impact can’t be tested until you’ve had the final product: where the barrels are aged, for example. That’s why small-batch Bourbon is so exciting. But it’s made by people and companies that have been doing it for decades. I’m sorry to report that I have  never tasted a young company’s local whiskey and found it anywhere near as good as a solid entry level Scotch or Bourbon, and the local ones usually cost double.

Vodka, on the other hand, is ready to drink immediately, which means it’s ready to taste-test immediately. Learning to make vodka is like studying evolution through fruit flies rather than whale sharks.

Ah, you say, why aren’t there more good locally made vodkas? Well, there are, but many of them are hiding under the hipper name “gin.”

What is gin? In the EU, it’s this: “A juniper-flavoured spirit made not via the redistillation of botanicals, but by simply adding approved natural flavouring substances to a neutral spirit of agricultural origin. The predominant flavour must be juniper.” Under that definition, it’s actually “juniper-flavored vodka.” You may have noticed that American craft gins often brag that they are not predominantly flavored by juniper — which makes them American craft vodkas. Which they would call themselves, except hipsters like me would sneer at them, and we can’t have that.

Hangar One vodka is the most profitable product created by St. George Spirits, one of the best craft distillers I know. They make the best absinthe I’ve ever had, but it was the vodka that was successful enough for them to sell the Hangar One brand to the Mexican descendants of the creaters of Jose Cuervo Tequila. So they were artisanal, and now it’s up in the air, but Hangar One is still made in an aircraft hangar.

Hangar One brought in a new master distiller this year, Caley Shoemaker, from Colorado, where she had been making whiskey for Stranahan’s (also owned by the Cuervo descendants). She found that making vodka is in its way more challenging than making whiskey.

“When you’re making whiskey, you have the beginning grains that you start with to flavor your final product,” Shoemaker said. “And you have barrel aging. That brings all kinds of interesting changes to the mix. Even the yeast you’re fermenting with can change the flavor. There’s a difference between a sour mash and a not sour mash. With vodka, you’re not barrel aging. The distillate itself is really front and center. You can’t make any mistakes.

“With whiskey, you’re adding barrels together to make this wonderful batch. With vodka, there’s this one product you have. People will notice it if it’s not good.” 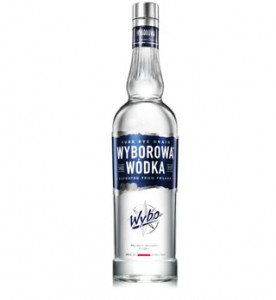 And that brings me to the level of the beverage aficionado: drinking it straight. That’s how the Russians do it, and they also pair it with rich, salty winter foods. With the possible exception of sake, chilled vodka really is the best pairing with caviar, way better than any wine.

I’m astounded by the tasting notes Abou-Ganim gets from straight vodkas, but I learned something about my own preferences by reading them. I like rye vodkas. I’ve always liked Belvedere, from which he gets “notes of white pepper, fennel, anise, cinnamon and sweet vanilla; slight graininess; dark cooked fruits — plums and cherries, almost jam-like.” Holy shit, I never tasted all that, but I feel that way about just about everybody’s wine tasting notes too. I also like Prada and Wyborowa rye vodkas from Poland and Square One Organic rye vodka from Idaho. I’ve always loved Zubrowka from Poland with a single blade of bison grass in it, and until reading the book I didn’t realize it was rye vodka.

Did you know Tito’s Handmade Vodka and Smirnoff are both made from corn? Gotta do something with all that corn.

Abou-Ganim likes the potato vodkas, and I realize I’ve never tried them straight, even though my favorite shochus are all from sweet potatoes, not wheat. I may not be able to try these in public, though, or I’ll have to feel superior to myself, complicated even when you’re not drinking straight vodka.