Of course you already like Madeira. It’s the most unique wine in the world. It’s one of the best values and one of the most delicious wines. Plus it’s so old-school that it’s hip – and so are you.

These are just reminders. Everybody tells you to drink this and that, and Madeira, so often relegated to after the meal, gets forgotten. But this is the perfect time of year for it.

You can drink Madeira from the 1700s and it’s still pretty good. I once did a tasting of ancient Madeiras with Rare Wine Company president Mannie Berk and I can report that Madeira peaks at about 150 years old. But I have never tasted a Madeira that was too old to enjoy, and doubt that such a bottle exists. 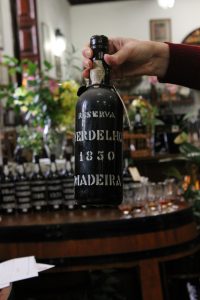 This is more important than the first point. You can open a bottle of Madeira and actually LEAVE THE CORK OUT for, say, a year. And the wine will be fine. In fact, Roy Hersh, who has written a book on Port, says that if a Madeira was bottled more than 50 years ago, he decants the wine and leaves the decanter open on his kitchen counter for at least 10 days.

3. Wait, what? You can leave the cork out? How is that possible?

Madeira is exposed to oxygen during every aspect of the winemaking process, and to heat as well, either by keeping old wooden barrels in a stuffy warehouse in summer, like they do with Bourbon, or, for cheaper wines, by the expedient process of cooking them in a stainless steel tank. The complete oxidation of the wine is the main reason it’s indestructible, but Madeira also has extremely high acidity. That’s the reason Madeira is the greatest of dessert wines: it goes with everything.

4. There’s no better gift … even for yourself

Most of the people on my Christmas list aren’t wine geeks like me. I can give them a nice bottle of mid-priced Madeira, maybe a 10-year-old Bual, and tell them the story, and they’ll love it. It doesn’t need  instructions, like how to store it or when to open it. Just drink it whenever. For me, when I want to splurge, for about the same price as a new Cabernet Sauvignon from a top producer, I can have a Madeira more than 50 years old that I can enjoy a little of at a time. It’s the best wine indulgence you can give yourself.

The fledgling United States of the 1790s barely had a foreign office, but they had a consul on the island of Madeira, so important was the island’s wine to the revolutionary generation. George Washington drank Madeira by the barrel and his right-hand man Hamilton joined him in many toasts. Hamilton also ordered his own Madeira from U.S. consul John Pintard. 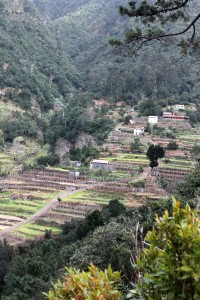 There aren’t many large vineyards on the island of Madeira. People grow a variety of crops for themselves to eat and they grow wine grapes as a cash crop. The big wineries on Madeira buy from as many as 2,000 growers for each vintage — this from an island with a population of about 260,000. The average size of a vineyard, including the largest ones, is 1/3 of a hectare, or about 600 feet by 600 feet.

7. Barrels of old Madeira are still found in basements

This boggles my mind. Barbeito winemaker Ricardo Freitas specializes in finding hidden barrels from generations before: a Bual from 1912, a Malvasia from 1926. It’s not shocking when D’Oliveira, the island’s best source of old wines, releases a wine from 1890 or 1901 because D’Oliveira has the stocks, having been family owned since 1850 in a warehouse in use since 1619. But the old wines you see newly released under the Barbeito label are from barrels that Freitas unearths like antiques. You won’t find better-tasting antiques.

8. Madeira eliminates the difference between red and white wine

The four best-known Madeira varieties — Sercial, Verdelho, Bual and Malvasia — are all white grapes. But 85% of plantings on the island are now Tinta Negra, a red grape. This is, by Madeira standards, a recent development: 2/3 of the vines on the island were Verdelho before phylloxera arrived in 1872. If you buy a Maderia that’s just called Madeira, it’s almost certainly Tinta Negra, because the white grapes are precious and cost more. But you can’t tell the grape by the wine color: all Madeira wines are light brown.

9. The grapes aren’t what you think they are (are they ever?)

Because this is Palate Press and you can handle a little confusion thanks to DNA information that wasn’t available until recently, here goes.
“Bual” is actually a kind of Malvasia, Malvasia Fina, that is the basis of white wines from Dão on the Portuguese mainland. It’s not the same grape as “Malvasia” on Madeira, though. If your bottle of “Malvasia” is from the 1960s or earlier, it was likely Malvasia di Lipari, originally from southern Italy; that grape was introduced to Madeira in the 15th century, according to grape geneticist José Vouillamoz. But since the 1970s, your “Malvasia” is likely made from a research-centre-bred grape, Malvasia Branca de São Jorge. Sercial is believed to be from the Portuguese mainland but it barely exists outside Madeira today. To me, it is the most precious of the Madeira wines and this is part of the reason. (I also really like it.)

Verdelho is believed to be from Madeira originally and has made a successful leap to Australia, so biologically it’s the island’s most successful export.
Tinta Negra, today’s workhorse, is from Andalucía in southwestern Spain, and is also the main red grape today in the Canary Islands. It’s also used in Peru to make Pisco. Then there is the native Madeira varietal once nearly extinct: Terrantez. A favorite of wine geeks, Terrantez was once as important as the other four white varietals but is barely available today. But there’s good news: Henriques and Henriques has planted a few plots of Terrantez so your great-grandchildren can enjoy it, and even has a 20-year-old Terrantez freshly on the market. I tried it; it’s terrific. 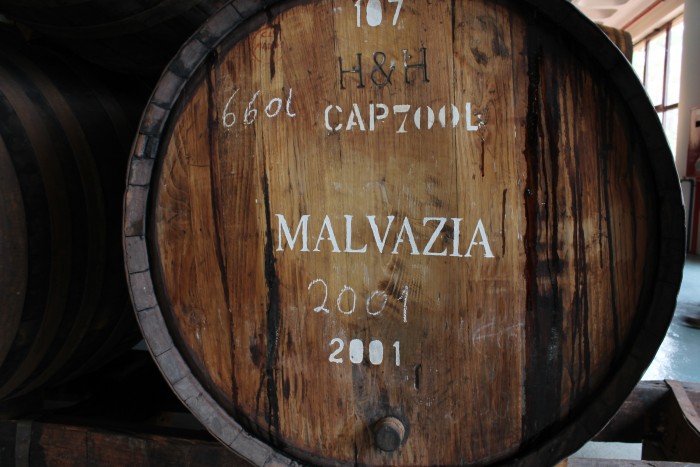 10. On the bottle there’s no confusion: the grape variety tells you how the wine will taste

There are official standards for residual sugar in the wines. Sercial is the driest, than Verdelho and Terrantez, than Bual, then Malvasia aka Malmsey. Personally I can’t drink Malmsey as it’s too sweet for me, which makes it a great gift for your grandma.
Aromatically, Sercial, Verdelho and Terrantez are distinctive; the others not so much. Humberto Jardim, CEO of Henriques and Henriques, says of the aroma, “When you’re cutting the grass with your machine, the first grass you cut, that’s Sercial. It’s a plant that struggles in nature. This is why we have this pungent acidity.” I just lost the non-enophiles with that description, but not you. Let’s not tell the others about this.

(All photos provided by Joe Roberts)