Many wine drinkers have experienced this at least once in our lives: We go to a nice region, visit one or more wineries, and taste several wines. At a certain point, simply, we feel good: the place is lovely, the view looks perfect, the company is pleasant. And the wine is excellent, so we buy a few bottles to bring home.

Some weeks (or months) later, we uncork that wine and, surprisingly, don’t find the same magic. The wine is still good, but for some odd reason it lacks that same special feeling. What happened to the enchanting experience we had at the winery?

This phenomenon is not uncommon. The general atmosphere of welcome and friendship we feel while visiting a winery — along with the beautiful rural scenery — generally predisposes us to have a positive attitude from the outset. Subconscious relaxation allows us to take a more benevolent attitude while judging the wine. It’s a shame that, at home, it’s almost impossible to recreate the same feeling in a different atmosphere, location and landscape… Wait a minute. Did I include landscape? Yes, even a landscape may have its own influence on a wine tasting. But how important it can be? In other words: can a lovely (or ugly) landscape affect our judgment while tasting wine? Spoiler: it can.

Studies claim that when it comes to choosing a bottle of wine on a shelf, the origin of that bottle is the most influential factor in purchasing. And origin doesn’t mean just the winery or the producer, but also the location where the wine comes from.

“Although a given landscape may change quite rapidly over time, people seem to internalize the knowledge, the memories and the perceptions of the oldest and original features of a place,” says Diego Tomasi, director of Center for Research in Viticulture (CREA-VIT) in Conegliano (Treviso, Italy).

“With changes in agricultural technique, viticultural landscapes also radically change their look. So it is becoming more and more important to figure out how all these changes affect consumers’ perception of the wines’ quality.”

The idea to investigate this topic came from Le Donne della Vite (The Women of the Vine), a group of female agronomists, producers, researchers and wine journalists. At the Vinitaly 2016 trade fair, as many as 460 visitors – mainly men – participated in the association’s “experimental happening,” which consisted of blind-tasting wines while watching pictures of different viticultural landscapes. (In this case, the photos were chosen to be recognizable styles for the Italian participants.) 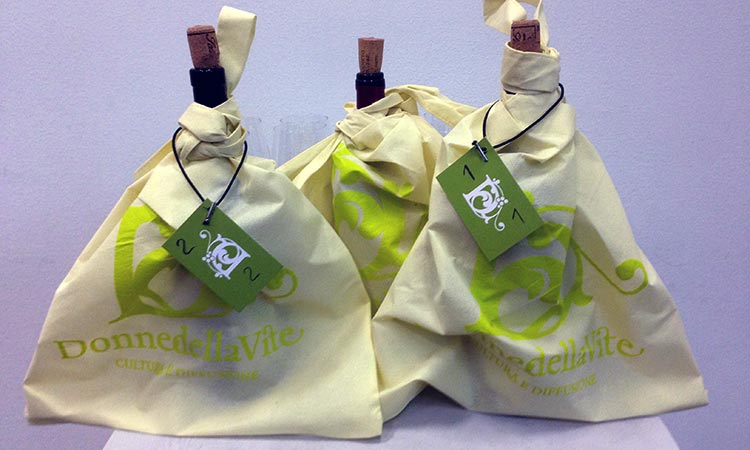 “Our hypothesis was that when you see a gorgeous landscape, the wine you’re tasting seems better,” explains Tomasi. “And the opposite would also be true: if the landscape is monotonous or contains disturbing elements such as antennas or high voltage pylons, the wine would be perceived as lower quality.” The experiment was a success, and confirmed the basic hypothesis.

After analyzing the data, researchers found that the average score for the same wine was higher when paired with the vision of a beautiful landscape, and lower when the picture wasn’t so appealing. Furthermore, the experiment showed that photos of viticultural scenery with specific objects (elementary units of perception called iconemi) such as rural buildings, cypresses or other trees typical of a region, dry stone walls, manors, rivers and so on are capable of arousing emotions in the viewer, causing them to perceive an even more beautiful landscape. “Each element has its own role in the general environment,” explains Tomasi. “All these objects are part of the cultural identity of a region, and when people see and recognize them, they end up giving a higher value to the landscape itself.”

This might lead to a couple of preliminary conclusions. First, the safeguarding and enhancement of a viticultural landscape should be seen as an important asset of marketing for any wine producer: the more beautiful the surrounding environment, the higher the perception of the wine’s quality.

Second, living and working in a nice place is not enough: a landscape has also a cultural value that cannot be underestimated. Thus, every iconema, either natural (such as a cherry tree) or man-made (such as a small, ancient church) has its own importance, and contributes to the area’s identity. These natural and man-made elements synthesize into the key concept of a place, so it’s important to preserve them. 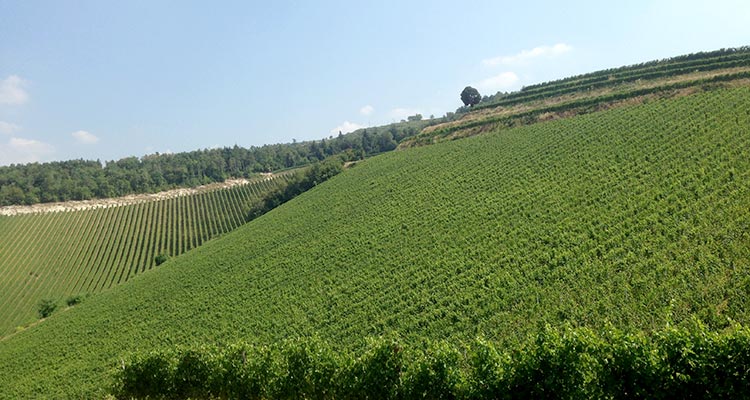 That being said, there is still something missing: the reason we react this way. “Now we are aware that judging a wine can be influenced by the attractiveness of a landscape,” asserts Clementina Palese, a wine journalist and vice president of Le Donne della Vite. “However, we don’t yet know the role played by rationality. Therefore, our next step is to investigate what makes a wine memorable. Trying to evade the rational part of our reactions, we have to directly measure emotions, with the help of other scientific applications such as neuro-marketing and the psychology of communication.”

“Of fundamental importance is investigating the emotional reaction that a contextual element such as a landscape has on the consumer, which is closely correlated with the hedonic evaluation of product itself,” says Professor Vincenzo Russo, director of the Brain & Behavior Lab at the International University of Languages and Media (IULM). “Positive emotions,” he continues, “increase the chance of positive evaluation of the product as well. Thus the landscape becomes a driver which can modify the experience of the wine tasting.” To define the emotive reaction to the vision of a viticultural landscape, they’ve set a research protocol of neuromarketing, with the help of technologies such as high-resolution EEG and eye tracking. But the study is still a work in progress.

“Regardless of its remarkable scientific value, this research is expected to have important repercussions for the stakeholders of the wine world, the wineries and wine regions,” concludes Russo. “If it’s true that a nice landscape gives wine a better taste, nobody can deny that a pleasant environment can be a source of income not only for wine producers, but for nearby communities as well.”