Cava has a problem, a common one in the wine industry. Call it the trap of cheapness. The question is, with the new Cavas de Paratges category, introduced this summer, have the Catalans found the key to escape?

But first, the trap. Big Cava producers sold the Spanish bubbly worldwide by making it as cheap as possible. Now some producers think their wines are undervalued and want people to pay more. But consumers say, Cava, that’s $10 bubbly, why should I pay $50 for that? Some version of this problem afflicts Australia, Argentina, Portugal, the Finger Lakes, Lodi – anywhere that an initial impression of the wines was their low price. Not many countries burst on the world wine scene like New Zealand, charging more from the start and becoming popular anyway.

“Premiumization” is the buzzword, but the real key is differentiation. Australia needs you to understand that Victoria Shiraz is more sophisticated than Yellow Tail. In Portugal, they want you to know Alvarinho is not your supermarket’s $6 Vinho Verde. 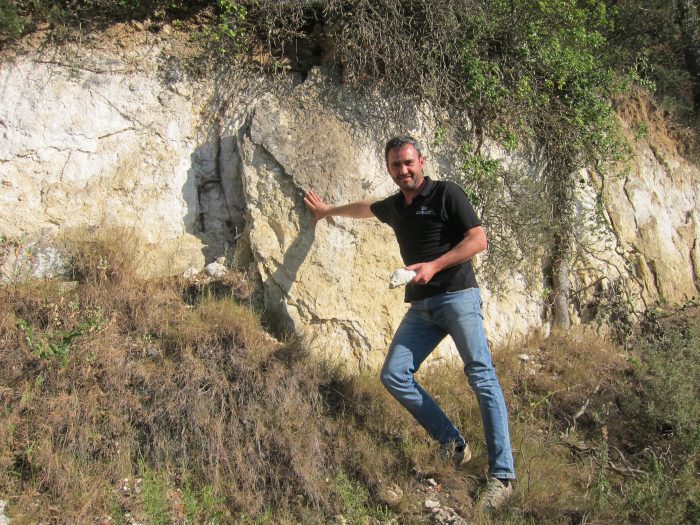 You would think Cava has a lot going for it to break out of the bottom-shelf ghetto. The wines are all traditionally fermented in the bottle, unlike Prosecco. Sparkling wine sales are strong worldwide and hot in the U.S.

But there’s a big problem with premiumization of Cava, and that is how to differentiate wines from a category that is perhaps the most poorly defined category in the world. I don’t believe Cavas de Paratges are going to set the wine world ablaze. The reasons have less to do with the new, confusing classification than with Cava itself.

In Cava, the largest problem is that this sentence must end unhappily. There is no “in Cava.” “Cava” is not a place, but a definition put together in 1986 when Spain joined the EU, so Spanish wineries couldn’t call their bubblies “Champagne” anymore. A serious definition would have been possible because 95 percent of Cava comes from Penedès in Catalonia. Wine experts could have put together a category that would have rewarded terroir, but instead they were afraid of excluding producers from using the nickname, so it’s possible to make Cava in different spots all over the country.

Raventós i Blanc, one of Spain’s best-regarded producers of sparkling wine, walked away from the Cava DO in 2012 and created its own appellation: Conca del Riu Anoia. It is a place.

“Raventós i Blanc leaving was a punch in the gut to Cava,” said Spain-based wine writer Miquel Hudin.

In 2014 another group of mostly small producers got the right to call their sparkling wine Clàssic Penedès. The rules are more strict than those for Cava, notably requiring at least 15 months instead of the nine required for Cava. The significance of that difference is that producers have to actually keep two vintages in the cellar at a time in different states of development. “Nine months on the lees” for Cava may sound like a long time, but in fact it is a rule written for mass-production: it allows producers to bottle and get one vintage on the market before the next is harvested.

The big companies that dominate the world Cava market don’t always get along: Codorníu and Freixenet fought each other in court in the 1990s. But they do have a lot invested in the Cava name. And they also have a bit of a crisis. Cava’s largest market has always been Spain, but it peaked in the year 2000 at 100 million bottles and has been dropping ever since.

“There’s a big drive for independence in Catalunya,” Hudin says. “This is not sitting well in the rest of Spain. Nobody’s saying it, but there’s an unofficial boycott.”

The US is only the fourth-largest export market for Cava, behind Belgium, Germany and the UK. But I believe the idea of Cavas de Paratges is based on the contemporary US market and our love of premiumization. The big Cava producers are very in touch with the U.S. – Freixenet (Gloria Ferrer) and Codorníu (Artesa) both own wineries in northern California, and the wines of their US wineries have significantly better reputations stateside than their Cavas.

Hudin hosted a tasting last month in San Francisco of all of the new Cavas de Paratges, at least all the ones he could get past U.S. customs. I suppose at this point – actually, probably far earlier in the story – I should explain what a Paratge is, and how special they are.

I will try, but the executive summary comes from a sommelier who blurted out, late in the presentation, “This is going to be a lot of work, selling these wines. Explaining them.”

First of all, “Paratge” (pa-RA-cha) is Catalan; Paraje (pa-RA-hey) is Spanish. “It remains to be seen if they’ll be able to export with the Catalan names,” Hudin said. “Funny times in Spain right now.”

Now, what the heck is it? Burgundy experts will relate to this: Hudin says they’re just like “climats.” To be honest, I’ve never really understood what a climat is, so that doesn’t help me. They’re small areas: not necessarily single vineyards, but some of them are. At least one paratge is made up of multiple non-contiguous plots. There are 12 certified paratges so far from which 16 wines are on the market.

There is some good news about these wines, and it’s all about winemaking: they must spend at least 36 months on the lees. They must be made from base wines produced in the winery’s own cellar (even Champagne doesn’t require this.) They must have sugar levels of Brut or lower. No acidification is allowed, and the wines are supposed to be certified by a tasting panel. The geographic definitions of paratges are bewildering, but when you read about how they’re made, you expect a good wine.

After tasting nine of them, I can report that they are a significant step up on supermarket Cava. They’re subtle, and the bubbles are more elegant. But some are pretty simple: the category has hits, but it’s not a cavalcade of them.

My favorite was Freixenet’s “Casa Sala,” a single-vineyard wine that the company has produced for several years. It has nice freshness, lime fruit, good length, a chalky texture and a savory ham component that grows on the finish. It’s an interesting wine that’s well worth the $52 that it costs in the U.S. However, I’m not sure Freixenet has made it any easier to sell by calling the vineyard a “paratge.”

I also really enjoyed a 2000 Gramona “Enoteca” Brut natur, which can be called a cava de paratge retroactively. In a blind tasting, I would confuse it with 17-year-old Champagne, with its dry caramel and earthy flavors. It’s a $200 bottle of wine, retail. Is it worth it? Well, sure – but put it on a wine list at $500 up against vintage Champagnes and see who orders it.

My guess is that smaller Spanish sparkling wine producers will continue to explore other names for their wines, and that Cavas de Paratges will not catch on. This doesn’t mean they are bad wines, but the category itself isn’t the greatest idea to come out of Penedès. (That, the greatest idea, would be Cava.)