Funny how things happen. Until the 1990s, the term minerality didn’t appear in the most acclaimed guides, not even the Oxford Companion to Wine. For wine lovers all over the world, flavors were basically fruity, floral, spicy, herbal…

Then, suddenly, this new word – minerality – emerged to become the trendiest descriptor in the wine lover’s lexicon. Googling it produces more than a million results. The term itself is relatively new: according to a study examining the word’s evolution in French literature, associations between minéralité (minerality) and vin (wine) have increased since 1985. Yet, despite this recent explosion of popularity, a unique definition has not been created.

“Think of the taste of the sea, like oysters,” was one writer’s description. “It’s like chalk, or flint,” suggested another. Or, the smell of the ground after a rain… No, wait a minute, that has already a name – petrichor – although almost nobody knows or uses it. For most people, minerality in a wine means aromatic characteristics such as wet stone, graphite, smoke, sometimes even hydrocarbon. Others associate the word with acidity or saltiness in wine. And there are still others who argue it relates to the soil where the grapes were grown.

“Soil contains minerals (potassium, nitrogen, phosphorus, sulfur, etc.), and some people think they could be transferred to wine during winemaking,” says Marco Li Calzi, enology professor at Ecole d’Ingenieurs de Purpan (France). “However, opinions differ about the ability of grapes to absorb these minerals from the soil and especially about the resulting sensory impact.”

“In a study conducted at UC Davis by the Hildegarde Heymann group,” Calzi continues, “various white wines were studied by two methods: Projective Mapping (PM), which used a panel of industry professionals (winemakers, sommeliers, wine professionals, etc.) and the Sensory Descriptive Analysis (DA), by means of a panel of trained judges. Eventually, in both experiments, they found that minerality is most highly correlated with acidity.”

For soil, minerality is often correlated with volcanic soils; in fact, many people believe that if a wine is perceived as mineral, it must come from volcanic soil. But what does such a soil add to grapes and, as a result, to the final wine? According to Maurizio Gily, agronomist and publisher of Millevigne, who is also a consultant to several wineries in Italy, “it’s hard to say precisely, because volcanic soils don’t have one unique identity, so we might say that the key to interpreting this kind of soil is heterogeneity.” As an example, Gily notes the detailed differences between a vineyard planted in the Campi Flegrei area (Campania) and another one cultivated in the Etna (Sicily), or Soave (Veneto). “Usually, the concept of minerality is easier to find in cold climates and is linked to low pH, so this would indicate that it is more related to the climate than to the soil,” he continues. “Anyway, if a relationship between soil minerals and organoleptic descriptors exists, it must be very complex, and has not really been investigated thus far.”

Acidity. Cold climate. Low pH. Altitude. And volcanic soils. It seems that maybe we are putting together some pieces of the puzzle. 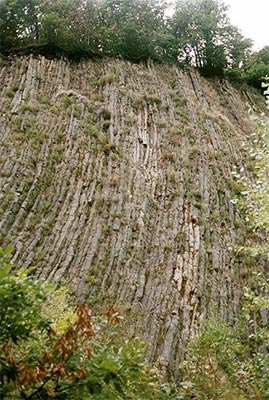 To learn more about volcanic soils and the impact they have on minerality, I reached out to John Szabo MS, author of the notable book Volcanic Wines: Salt, Grit and Power. Our conversation follows:

Why did you decide to study volcanic wines? Are they more mineral than others?

“Volcanic wines, as a very general category, tend to fall more on the savory-salty-earthy side of the flavor spectrum (you could call them mineral), but not necessarily more mineral than wines grown on other geologies. I came to write a book on volcanic wines sort of by accident, at one point about seven years ago making the connection between a group of disparate wines that fascinated me – Santorini, Etna, Badacsony and others – wines that all happen to come from volcanic soils.”

And what if the secret of the current success of mineral wines around the world is just their innate appeal, in other words their “drinkability?” In this case, though, it might be just a matter of acidity-saltiness balance…what do you think?

“The answer depends on your definition of minerality. But for me, the wines I describe as mineral are invariably very “drinkable”, thirst-quenching, fresh and gently salty.”

Last question: what is the definition of minerality according to your research? Is it possible to find “mineral wines” in non-volcanic soils?

“I’m working on some research to come up with a more specific definition of minerality, based on measurable components in wine. One component could be geosmin (the main contributor to petrichor), though many consider that a fault. The more interesting avenue of research however is an investigation into the salt component of wine: sodium chloride in seaside vineyards, but also other mineral salts and acid salts that could derive/evolve from soil composition. These would be quantifiable and testable “minerals” in wine, and thus definable. More speculatively, I plan to look into the electrical conductivity of wine, and measure ions that could also originate in the soil and be present in wines, to a greater or lesser extent.” 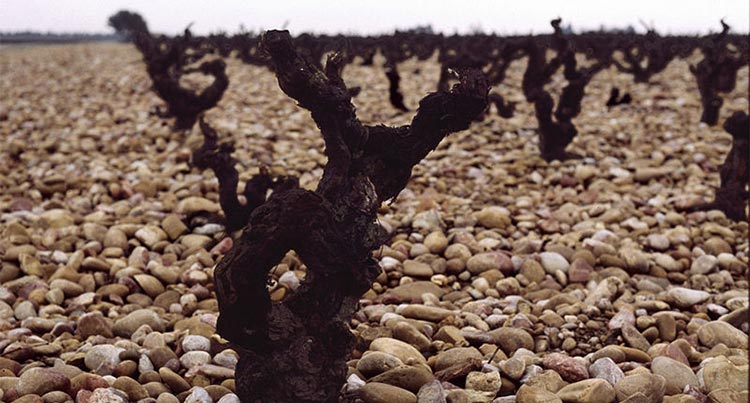 Drawing my own conclusions, I’d say that the definition of minerality in wine still remains an open question, depending very much on the personal concept that each of us has about the word. However, in this article, we’ve found that in the characterization of “mineral wine” almost everybody agrees with the presence of certain elements such as acidity, cold climate and volcanic soil.

And here is the explanation of the initial formula at the top of this article. Conceived by prof. Marco Li Calzi, this summarizes our current knowledge:

It’s just a playful equation, of course, but it gets the idea across, doesn’t it?