When a small industry becomes wildly successfully very quickly, conventional wisdom will tell you that the relationship among the leaders of said industry will fracture.

On a recent trip out to Oregon for Willamette’s Pinot Noir Auction, I saw firsthand that the Oregon wine industry is contradicting that trend. Instead of competition, I saw cooperation.

While it’s tempting to romanticize their esprit de corps, in a way, the terroir itself demands it. The Valley has several sub-AVAs, all with different micro-climates and soil, shaped by winds, volcanic eruptions and ancient floods, yes. But it goes deeper than the soil.

Oregon is the ninth-largest state in the union, but with a population of about 4 million, it’s just the 27th most populous; about 60% of the state is covered in forest not inhabited by humans. The land itself is also geographically diverse, with volcanoes, dense evergreen and mixed forests, deserts, shrublands. It’s a mysterious place, where legends of Big Foot and a snake named Colossal Claude that would eat the Loch Ness Monster for lunch proliferate along with hipsters, flannel and artisanal everything.

It’s a relatively new U.S. state that has always marched to the tune of its own drum. Until the 1830s, it was almost entirely inhabited by native populations. Slowly, Oregon Trailers, missionaries and entrepreneurs began settling there, has continued to this day to be sparsely populated with a frontier paradigm. Oregon prides itself (and also depends for its survival) upon a spirit of cooperation among its inhabitants.

After touching down in Portland and driving out to the Willamette Valley, I saw first-hand how agriculture, hydroelectric power and the timber industry dominate the state’s economy. As does rain. In the 1960s, when three refugees of UC Davis—David Lett, Charles Coury and Dick Erath—headed up to Oregon to grow cool-climate varietals in the Willamette Valley, their cohorts thought they were insane; who would leave sunny California, with its sunny, predictable growing season for the water-logged chaos of Oregon?

So how do winemakers scattered across such a gorgeous but demanding and unpredictable landscape manage to tease flavor out of the world’s fussiest and tough-to-grow grape, Pinot Noir?

When I spoke with leaders of the Oregon Wine Board and the Willamette Valley Wineries Association it became clear that a spirit of teamwork was embedded in its DNA.

“We are committed as an industry to keeping our spirit of collaboration, no matter how successful we become,” Sally Murdoch, communications manager at the Oregon Wine Board, tells me. “We accomplish that through informal get-togethers, but also through official seminars sponsored by the Wine Board and the Willamette Valley Wineries Association. Every year, we do educational boot camps, where winemakers exchange data on weather and soil, and notes on which clones seemed to grow best where, and why.”

Two winemaking couples, Scott and Annie Shull of Newberg’s Raptor Ridge Winery and Scott and Lisa Neal of McMinnville’s Coeur de Terre Vineyard, exemplify this spirit of cooperation. But before I share their story, let’s take a quick look at the numbers to determine just how successful the wine industry is, and how far it’s come.

And this is, of course, from a relatively young wine region. Though the first grapes were planted in the Oregon Territory in 1847 by an Oregon Trail trekking horticulturalist named Henderson Luelling, the wine industry as we know it began to gear up when David Lett of Eyrie Vineyards (and his fellow UC Davis expats) started planting Pinot Noir grapes in 1966. By 1970, the state still just had five bonded wineries with about 35 vineyard acres in production. But by 2018, Oregon had 774 wines, second only to California. In the Willamette Valley alone, there are now 23,524 acres under vine.

Educational seminars, data exchange, critical accolades and skyrocketing sales are all well and good, excellent even. But how do these dry factoids translate on the ground? I sat down with members of two different winemaking couples, Annie Schull of Raptor Ridge and Scott Neal of Coeur de Terre, to find out. 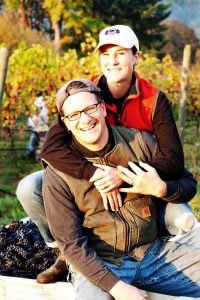 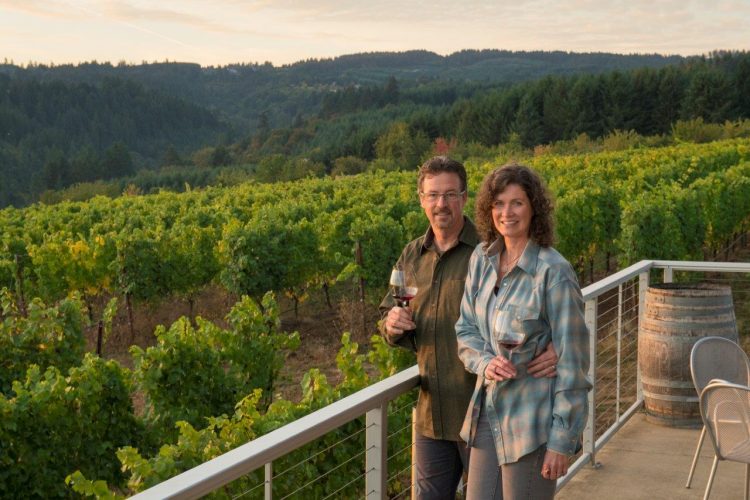 The carpet-bagging comment was a reference to the California company Copper Cane, which sparked concern among Oregon winemakers after marketing its made-in-California wines as from Oregon on the label. Senate Bill 111 in Oregon, which has passed the Senate and is being studied by the Joint Ways and Means Committee, would strengthen Oregon’s labeling laws.

In just its fourth year, Willamette’s Pinot Noir Auction managed to break the seven-figure barrier. Every penny of that will go back to the Willamette Valley Wineries Association, for marketing and advertising purposes, which means while you’ve been hearing a lot about Oregon wine, you’ll soon hear even more.

Flying back to New York from Portland, and gazing at the mountains, rivers, lakes and forest below, I knew I’d be back; not just because drinking stupendous expressions of unique terroir is best done in the very place its grown, but because it’s a place that feels outrageously progressive and old-fashioned in the best way, an increasing rarity in an era of globalized sameness. Until then, I’ll be taking virtual trips, one sip at a time.